The AKP will probably elect Binali Yıldırım as its President during its meeting on the 22 May 2016. As we announced two weeks ago, he should then immediately assume his functions as Prime Minister.

Presented by the Western Press as a personality devoted to President Erdoğan, he is in fact a key figure in the current Mafia system.

Binali Yıldırım is a maritime expert, ex-representative for the International Maritime Organisation. He was introduced to Recep Tayyip Erdoğan when Erdoğan was elected as Mayor of Istanbul for the ultra-nationalist formation, Millî Görüş. Named as Director of the IDO (Istanbul’s maritime bus service) in 1994, he set up a vast system of embezzlement of public funds for the benefit of the Mayor and himself.

Since then, the Yıldırım family has made a fortune. His son Erkan and his daughter Bahar Büşra created the company Derin Denizcilik Taşımacılık Sanayi ve Ticaret Limited Şirketi (Deep Maritime Shipping Industry and Trade Company).

The family controls 17 companies, 28 ships and super yachts. The Kurdish deputy Sezgin Tanrıkulu (CHP) proposed to the Grand Assembly that a committee of parliamentary enquiry should be created in order to determine the conditions of this sudden fortune, but the majority (AKP) rejected the request.

One month ago, the Turkish Press published photographs of Erkan Yıldırım playing in a Singapore casino. The young man claimed that he had been deceived, and did not know how to play poker. 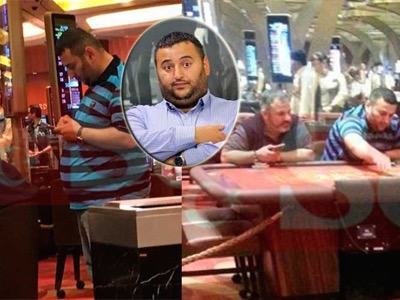 During the legal enquiry in December 2013 – interrupted by the government – Binali Yıldırım was cited as being the «godfather» of the Mafia organisation which gravitates around President Erdoğan. According to the magistrates, Mr. Yıldırım has used various forms of blackmail against the country’s leading businessmen.

Before entering politics, Recep Tayyip Erdoğan was himself the leader of a gang in Istanbul.