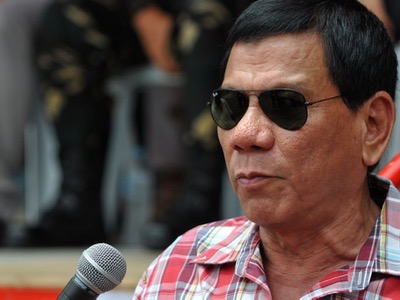 Rodrigo Duterte, “The Executioner,” now president-elect of the Philippines.

Propaganda: the Chinese are expansionists