Jihadists’ reinforcements in Syria from Jordan 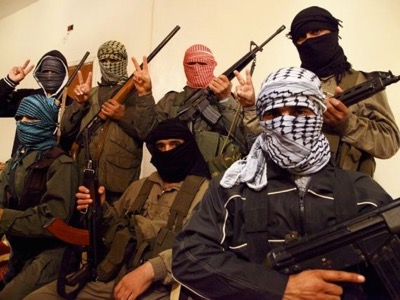 On instructions from my Government, and further to our previous letters regarding the support provided by the Jordanian regime to armed terrorist groups active in Syrian territory, we should like to inform you that, on 19 April 2016, the Jordanian authorities helped 150 terrorists equipped with some 30 four-wheel drive vehicles enter Syria from Jordanian territory through several border crossings and reach the city of Busra al-Sham, Dar‘a governorate. Those terrorists had been trained in combat methods and the use of modern weapons at a training camp in Jordan.

The conduct of the Jordanian regime, including its abuse of border crossings that are meant to be used for humanitarian purposes, and the direct support that it provides to terrorist groups in Syria is a blatant violation of the most basic foundations and principles of international law, the Charter of the United Nations and United Nations resolutions on friendly and good-neighbourly relations between Member States. The Jordanian regime’s conduct is also in flagrant violation of Security Council resolutions concerning counter-terrorism, including resolutions 1267 (1999), 1373 (2001), 2170 (2014), 2178 (2014), 2199 (2015) and 2253 (2015), all of which reaffirm that States Members must not provide any support or assistance to terrorist groups or the members thereof.

The Government of the Syrian Arab Republic once again calls on the Security Council to fulfil its responsibilities and compel the Jordanian regime to desist from its practices, which are contrary to international law and Security Council resolutions, and threaten security and stability in the region and throughout the world.