New York Times Sees Fascist Billionaire Afflicted by Alexithymia, a Precursor of Full-Blown Narcissism; Key ISIS Logistics Hub of Manbij in Jarablus Corridor Now Totally Surrounded and Cut Off by US-Backed Kurds; Madman Erdogan Walks Out of Mohammed Ali Funeral in Louisville When His Demand to Speak Is Rejected; Accuracy in Media Sees Tarpley as “Expert on Class Struggle” Preparing Extinction of GOP 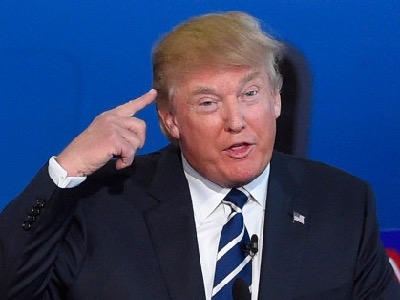 In the words of Edward Luce, US correspondent of the London Financial Times, speaking on today’s Domestic News Roundup on NPR’s Diane Rehm Show:

‘And so on, and unless he [Trump] somehow gets the better of his own instincts, which … is very unlikely, you know, people are speculating about whether he has narcissistic personality disorder. Psychologists are not allowed to diagnose people they don’t treat. And if they do treat them, they’re bound by confidentiality. So journalists, of course, have been stepping into the breach. … David Brooks, to name one. But he does show signs of, and I say this as a complete amateur, of psychological waywardness. Inability to take objective advice. A complete lack of empathy for others, some of the sort of classic traits of narcissistic personality disorder.’ [1]

The article of today by David Brooks of the New York Times alluded to by Luce is entitled “The Illusion of Unity” and argues that Trump is incapable of changing his vulgar and abusive behavior because it is rooted in deep psychopathological compulsions arising from the traumas of childhood:

‘Trump’s personality is pathological. It is driven by deep inner compulsions that defy friendly advice, political interest and common sense.

It’s useful to go back and read the Trump profiles in Vanity Fair and other places from the 1980s and 1990s. He has always behaved exactly as he does now: the constant flow of insults, the endless bragging, the casual cruelty, the need to destroy allies and hog the spotlight. “Donald was the child who would throw the cake at the birthday parties,” his brother Robert once said.

Psychologists are not supposed to diagnose candidates from afar, but there is a well-developed literature on narcissism that tracks with what we have seen of Trump. By one theory, narcissism flows from a developmental disorder called alexithymia, the inability to identify and describe emotions in the self. Sufferers have no inner voice to understand their own feelings and reflect honestly on their own actions.

Unable to know themselves, or truly love [esteem] themselves, they hunger for a never-ending supply of admiration from outside. They act at all times like they are performing before a crowd and cannot rest unless they are in the spotlight.

To make decisions, these narcissists create a rigid set of external standards, often based around admiration and contempt. Their valuing criteria are based on simple division — winners and losers, victory or humiliation. They are preoccupied with luxury, appearance or anything that signals wealth, beauty, power and success. They take Christian, Jewish and Muslim values — based on humility, charity and love — and they invert them.

Incapable of understanding themselves, they are also incapable of having empathy for others. They simply don’t know what it feels like to put themselves in another’s shoes. Other people are simply to be put to use as suppliers of admiration or as victims to be crushed as part of some dominance display.’ [2]

In short, Trump is an incorrigible psychopath who can never be a loyal member of anybody’s team. The hopes of Mitch McConnell, Paul Ryan, and Reince Priebus are doomed.

As for Trump, the biggest issue in the presidential campaign will be the danger of giving the nuclear launch codes to a person who is obvious mentally ill.