The US puts its money on escalation against Russia

Pursuing its policy of occupation in Western and Central Europe, Washington multiplies alerts and warnings of “the Russian threat”. An intense PR campaign denounces the propaganda of the former Soviet Union while military experts decry the inequality of arms and the need to introduce a US “shield”. The most recent chapter of this organized hysteria: the publication of a Rand Corporation report on a possible – although improbable – Russian invasion of the Baltic countries. 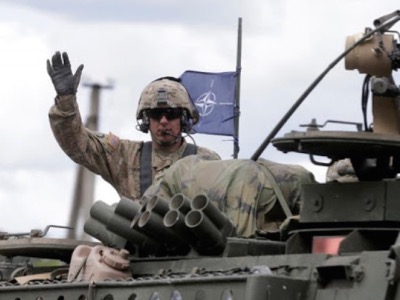 The Atlantic Alliance has a GDP of 35,000 billion [1] dollars but only spends 1,000 billion per year on defence. Of this sum, 700 billion is shouldered by the US alone. To give some context, in 2016, Washington allocated 3.4 billion to strengthening Nato’s eastern flank, which is 4 times the amount previously allocated. This budget includes the deployment – in 6 Eastern European countries– of 4,000 US soldiers, 250 tanks and Bradley transport vehicles, auto-propelled Paladin canons, together with another 1,700 armoured vehicles. 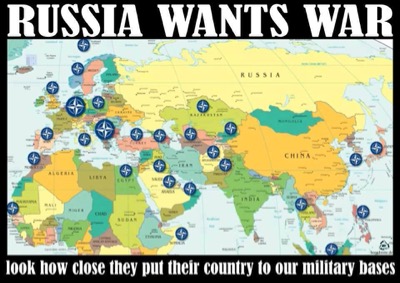 Given that Nato allies are not ready to allocate significant sums to this goal, the Pentagon is inventing all types of apocalyptical hypos to convince them to contribute to establishing a gigantic device of “dissuasion” against Russia, at an additional annual cost of 2.7 billion dollars. The United States has required neutral coastal states in the Baltic, such as Sweden and Finland, to organize Nato exercises on their territories. At the same time, successful Russian military operations in the Crimea and Syria have outraged the Pentagon as it still has 35,000 soldiers in Europe, whereas previously (in the 1980s) it had 200, 000.

To mask its intentions, the Pentagon entrusted Rand Corporation with carrying out a study based on the hypo of a military conflict with Russia over the Baltic countries. The underlying premise was that Russia would be the aggressor. [2]. The study seeks to suggest that, to avoid falling to the feet of the Russians and destruction, with disastrous consequences, Nato would have to invest in the Baltic region to get ready to attack Russia. A hypo more than plausible, as I have already explained in a previous article. [3].

The hypo of a Russian attack against the Baltic states is only a diversion because Russia lacks any military or economic interest in the three former Soviet Republics in the Baltic that are now members of Nato, something Russia accepted in 2004. Why would Moscow bother with the Baltic states, where the Russian minority has access to public offices, which enables it to obtain information on NATO? But let us assume that Russia decides to undertake to conquer the Baltic states. This Russian escapade would not achieve anything for it, apart from greater access to the Baltic Sea, which flows into the North Sea through the strait of Skagerrak, under the control of three Nato member states: Denmark, Norway and Germany. And what could Russia do then? Occupy these countries to open up the way towards the Atlantic? 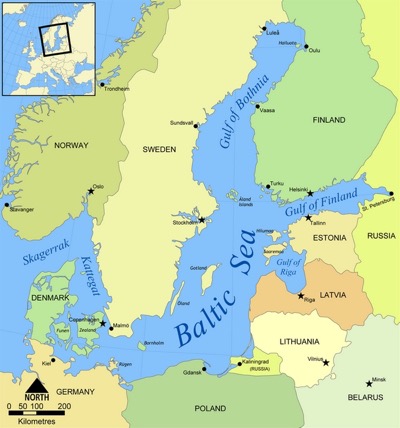 According to this hypo that the Pentagon forced on experts, Russia would have to occupy the three Baltic states within a period of 36 - 60 hours. The Rand Corporation analysis takes into account in its calculation, Nato ground forces consisting of the following:
• 7 battalions of infantry;
• 2 battalions of motorized infantry and
• 2 battalions of mechanized infantry, all coming from the Balkan states.
What the Rand corporation experts fail to mention is that the 11 battalions from the Baltic countries (which represent 3 brigades) are so badly armed that they cannot not even face the onslaught of a Russian mechanized brigade, composed of 4 battalions.

The hypo of the Rand experts takes account of Nato air forces based in Lithuania: a squadron (12 - 14 planes) of US s F-15 C fighter bombers and 2 British multipurpose squadrons of Eurofighter Typhoon. From Poland, the Atlantic alliance could put into action the 2 Polish F-16 squadrons, a squadron of MiG-29, 2 US or Danish squadrons with F-16s, a French squadron with Rafales and 6 Canadian CF 18. From bases located in Sweden, Nato will also be able to use a squadron of F-15 C fighter planes and other F-15 E bomber fighters, 6 A-10 attack planes against attacks on the ground, a furtive squadron of F-22 (all US) and a F-16 Norwegian squadron. Two F18 squadrons could operate from a US aircraft carrier positioned in the North Sea. A squadron of F-15 fighter bombers based in England, and from the United States, a squadron of b-1b long range bombers could also participate in the operations.

Instead of seeking an occasion to confront Russia with a surprise attack from the Baltic countries, which could trigger a crippling war in several continents, the US would be better placed to initiate dialogue with Russia, before escalating arms in Europe.

Sadly, Washington maintains an aggressive position, scuppering all attempt at dialogue with Moscow and taking away from the entire region reciprocal control of conventional weapons in Europe. This position allows it to keep up a regular supply of new forces to the region. The dialogue would allow limiting conventional forces and the quantity of war material deployed by both sides of the Nato-Russian border.

Source : “The US puts its money on escalation against Russia”, by Valentin Vasilescu, Translation Anoosha Boralessa, Voltaire Network, 18 June 2016, www.voltairenet.org/article192408.html

Source : “The US puts its money on escalation against Russia”, by Valentin Vasilescu, Translation Anoosha Boralessa, Voltaire Network, 18 June 2016, www.voltairenet.org/article192408.html