The US labour market has begun to stumble. In the past month of May, non-agricultural labour added 38 thousand new jobs while the Wall Street investors hoped for an increase of 160 thousand, Janet Yellen, the President of the Federal Reserve System, had no alternative but to leave the reference interest rate intact after the June meeting of the Federal Open Market Committee. The risk of a new recession in the United States is more of a threat than ever, although the Western media insist on promoting the idea that the principal dangers are the deceleration of the Chinese economy and the possible abandonment of the United Kingdom from the European Union. 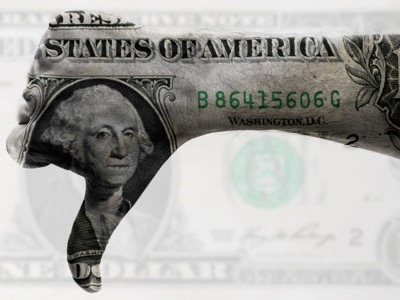 After the most recent meeting of the Federal Open Market Committee (FOMC), realized in mid June, the President of the Federal Reserve (FED), Janet Yellen, announced that the reference interest rate would remain intact, that is, in the range between 0.25 and 0.50% [1]. With this, everything indicates that the FED will not raise the cost of interbank credit until a day before the proximate month of September.

With this, the propaganda of the Barack Obama government to convince us of the “full recovery” of the North American economy has lapsed into disbelief. It has been over six months since the FED raised the federal funds rate and to the moment there are no signs of an anticipated new increase.

In repeated occasions the FED has adjusted downwards it projections of economic growth: while in March it estimated an expansion rate for this year between 2.1 and 2.3%, recently this was reduced to a range between 1.9 and 2% [2]. The economy is in free fall. In December of 2015 the prognostic of growth of the FED for 2016 oscillated between 2.3 and 2.5% [3].

Without doubt the growing weakness of the strongest economy of the Group of Seven (G-7) has obliged monetary authorities to act with caution, since any false move will increase the risks of accentuating recessive tendencies, with high possibilities of deflation (a fall in prices) [4].

In the first quarter of the year the rate of expansion of the Gross Domestic Product (GDP) of the US economy hardly reached 0.80%. The recovery of the labour market continued too fragile even though it was presumed to be the main achievement of the policies implemented by the FED. We recall that last December, when the FED raised by 25 points base the reference interest rate, the official unemployment rate was at 5%, a figure that according to some members of the FOMC, amounted to a situation of “full employment”.

Nevertheless, we know today that the central bank headed by Janet Yellen was mistaken. The recent data leave no place for suspicions: the winds of a new recession are threatening [5]. In the month of May non-agricultural employment added only 38 thousand jobs, the lowest increase since 2010. In addition, the data from March and April were revised downwards, employers contracted 59 thousand fewer persons than those originally reported [6].

It must be pointed out that the lack of dynamism of the US economy is fundamentally the consequence of the extreme weakness of business investment, the product of a rate of capital profitability that is too low, or at least insufficient to establish new productive plants, capable of generating massive employment and with it, unleash a large process of recovery. It happens that US businessmen not only resist investing but also to raise wages, a situation that has failed to support a substantive increase in inflation: the index of consumer prices CPI, increased hardly 1.1% in annual terms over the past month.

The image of a buoyant economy appears increasingly further away since the Conference Board of the United States, the institution charged with supervising competition on a world scale, revealed that the US economy will this year undergo the first contraction of its level of productivity over the past three decades [9]. Faced with the lack of innovation, US productivity will fall by 0.2%. “Over the last year it appears that we were entering a crisis of productiveness, now we are in the midst of this”, according to Bart van Ark, chief economist of the prestigious centre of research.

In spite of everything, the traditional mass media insist in promoting the idea that the alert signs for the FED are localized outside of the United States. In a first moment they told us that the economic deceleration of China represented own odd the principal dangers for the world, more recently, they have advised us that the strong financial turbulence will come in the event that the United Kingdom decides to abandon the European Union (the so-called “Brexit”).

Very few have dared to investigate the high danger that the United States represents for the global economy: according to the estimations of the Deutsche Bank, the principal investment bank of the European continent, the probability that the American Union falls into recession during the next twelve months is already at 55% [10]. Everything indicates that sooner or later, the dramatic economic reality will end imposing itself in the face of the twisted information.

[8] «Table A-15. Alternative measures of labor underutilization», US Bureau of Labor Statistics.