Jordan Answer to the Syrian accusations 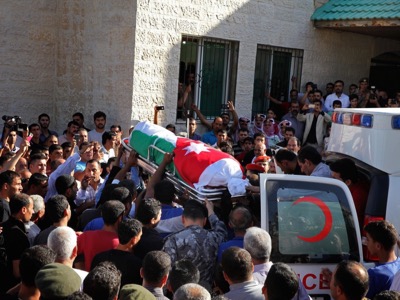 On instructions from my Government, and with reference to the repeated letters from the representative of the Syrian regime, the latest of which is dated 7 June 2016 (S/2016/517), and our responses to those letters addressed to the Secretary-General and the President of the Security Council, I should like to state the following:

The Government of the Hashemite Kingdom of Jordan finds it deplorable that the representative of the Syrian regime has once again made baseless and misleading accusations that are aimed at denigrating a country known around the world as being trustworthy and supportive of all the region’s countries and peoples. The Jordanian Government categorically and strongly rejects those empty accusations. They are completely unfounded and impossible to believe, and they deny the conscientious efforts that Jordan has made since the conflict began in Syria more than five years ago. The time has come for the Syrian regime to comprehend fully that such claims will not dissuade the Government of the Hashemite Kingdom of Jordan from supporting international efforts to find a political solution to the crisis in Syria.

We stress that such accusations are a collection of delusions that the Syrian regime dreams up from time to time in order to conceal that it has failed to assume its responsibility to protect its people and end the killing and displacement. The Syrian regime’s preoccupation with sending such baseless letters is nothing more than an attempt to divide the Security Council and disrupt its work, in order to hinder efforts aimed at reaching a political solution through the resumption of the United Nations-sponsored political process.

The Syrian regime would have done better to turn its attention to humanitarian conditions in Syria, which have been deteriorating day by day as a result of its intransigence and because it has prevented humanitarian aid from reaching Syrian citizens, the majority of whom are women and children, and bombarded defenceless civilians with bombs and chemical substances.

The Syrian regime is intent on denying the fact that Jordan was among the first countries to counter terrorism and strive to defeat it, and that it continues to do so, not only for the sake of Jordanians, but also for the sake of all the peoples of the region and the world at large. Jordan is continuing its great efforts towards that goal, mobilizing all its resources and loyal soldiers to combat terrorism and extremism in all its forms and manifestations. It is also combatting the ideology that drives and motivates terrorist groups by promoting tolerance, coexistence, acceptance of others and respect for peoples. The record of Jordan is a testament to its efforts and the positions it has taken, which have always been aimed at establishing regional security and stability, and helping anyone who takes refuge in Jordan.

With respect to the baseless accusations made by the representative of the Syrian regime in his letter dated 6 June 2016, I should like to affirm that Jordan complies with all instruments it has ratified on the prohibition of the use and proliferation of chemical and other toxic substances that could be used as weapons. Moreover, we have consistently called for and supported efforts to make the Middle East a zone free of all weapons of mass destruction. Jordan supports and complies with all General Assembly resolutions on disarmament and international security issues and the relevant Security Council resolutions. When Jordan was last a member of the Security Council, it joined the international consensus regarding Security Council resolution 2235 (2015), which calls for the creation of a mechanism to identify those responsible for the use of chemical weapons in Syria. We joined the international consensus because we have always condemned and rejected the use of chemical weapons and other toxic substances in Syria, as that is a violation of the Chemical Weapons Convention, international humanitarian law and the relevant Security Council resolutions.

We reiterate our unwavering and dignified position on helping the Syrian people and our ethical and humanitarian commitment to hosting more than 1.3 million Syrian refugees, who fled to Jordan in order to escape the killing and destruction being perpetrated by the Syrian regime. Jordan, which will continue to support international efforts to end the conflict in Syria, also contributed effectively in the drafting and supported the adoption of a number of Security Council resolutions aimed at ending the humanitarian tragedy caused by the conflict and the blockade of cities by the regime and terrorist groups, and at facilitating the delivery of humanitarian assistance to all besieged areas and affected civilians.

Jordan once again calls on the United Nations and the entire international community to deal resolutely with the Syrian regime, in order to end its barbaric practices towards its people, and to compel it to implement the relevant Security Council resolutions, including resolutions 2139 (2014), 2165 (2014) and 2191 (2014), 2199 (2015) and 2254 (2015), as well as General Assembly resolutions, international humanitarian law and human rights principles.

Permanent Representative of Jordan to the United Nations.