Behind the photograph of Omran Daqneesh

The company Innovative Communications & Strategies (InCoStrat), created by MI6 to organise NATO propaganda concerning Syria [1], broadcast a video and a photograph of young Omran Daqneesh (5 years old) being helped by the White Helmets in an ambulance in Aleppo.

This material was seen around the world, and made the front page of most of the newspapers of the Atlantist bloc. It has become the symbol of the children massacred by the «Bachar el-Assad régime, or his Russian allies».

According to InCoStrat – who had already published the photograph of young Aylan Kurdi, dead on a Turkish beach after having attempted to cross the Mediterranean – the child’s house had been bombed and his parents were dead.

The White Helmets are a «NGO» which serves as a front for the CIA (United States), MI6 (United Kingdom) and the IDB (Holland).

According to the US agency Associated Press, the photograph of Omran Daqneesh was taken by Mahmoud Raslan, whose comments have been widely broadcast by the agency and repeated in the Atlantist Press.

Mahmoud Raslan is a jihadist from the group Harakat Nour al-Din al-Zenki (supported by the CIA, who supplied them with BGM-71 TOW antitank missiles). One month ago, on 19 July 2016, Mahmoud Raslan personally cut the throat of a young Palestinian child, Abdullah Tayseer Al Issa (12 years old).

Children, who are unable to choose which camp they happen to be in, are always victims of war. Using their images out of context constitutes an act of propaganda aimed at clouding our understanding of the facts [2]. 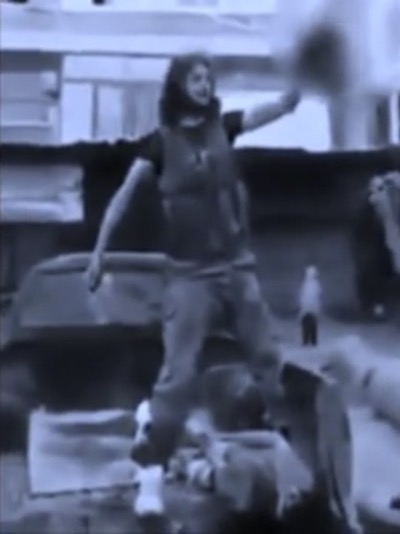