Neo-nazis trained by the US 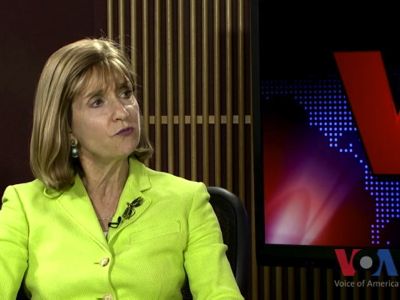 This Spring time in Ukraine, the US will launch a programme to train and arm the National Guard: so the US European Command officially confirms, making the point that the programme falls within the Department of State’s initiative to help Ukraine carry out its “internal defence”.

The funding, already authorized by Congress, is provided by a special Fund established by the Pentagon and the Department of State “to provide training and equipment to foreign security forces”, so that “partner countries can face the significant challenges to US national security.”

The training mission in Ukraine serves “to demonstrate US commitment to the security of the Black Sea and the value of US forces deployed in advanced positions”.

It is estimated that the Units of the Ukraine National Guard include approximately 45-50,000 volunteers and will be trained by US instructors in the military camp, Yavoriv, near Lviv around 50 km from the Polish border.

The National Guard, set up by the government of Kiev in March 2014, using a first tranche of US funding of 19 million dollars, has incorporated training neo Nazis, already trained by Nato instructors for the putsch in Kiev (as evidences photographs of Neo-nazi militants being trained in 2006 in Estonia [1]). The battalions at Donbass, Azov, Aidar, Dnepr-1, Dnepr-2 and others, that constitute the “strike force” of the National Guard, consist of Neo-nazis both from Ukraine and other European countries. The atrocities they committed against Russian nationals in East Ukraine, are fully documented by video and testimony (all you need to do is type in “Neo-nazi atrocities in Ukraine” on Google). But, even though Amnesty International had accused the Kiev government of being responsible for the war crimes committed by these battalions, the US continued to support them, even providing them with armour. And now they empower them with a training programme and with weapons.

This falls within “Operation Atlantic Resolve”, launched by the US European Command “to reassure our allies, when faced with Russian intervention in Ukraine, and to serve as a deterrent to prevent Russia gaining regional hegemony”. In the context of the growing deployment of US forces in Eastern Europe, the Pentagon has sent “military experts to increase the defense capabilities of Ukraine” and has allocated another 46 million dollars to provide it with “military equipment, including vehicles and night viewers”.

This means Washington is already arming the troops in Kiev that, even without receiving heavy weapons from the US, can procure them with millions of dollars made available to them. In contrast, Germany, France and Italy declare that they are in favour of a diplomatic solution and therefore against supplying arms to Kiev. But at the same time, the heads of Brussels, together with Great Britain, Spain and Poland, commit to taking on greater responsibilities in training Nato’s “Spearhead Force”, in the context of “the Response Force”, consisting of 13,000 to 30,000 men and equipped with six centres of command and control in in Estonia, Latvia, Lithuania, Poland, Romania and Bulgaria. While the US, in preparation for the Minsk Summit on Ukraine, (in which of its own accord, it does not participate), uses its spokesperson, the Secretary of State, to guarantee that among the allies, “there are no divisions; we all agree that there cannot be a military solution.”

But at the same time, by training and arming Ukrainian neo Nazis, the US is stoking the flames of war in the heart of Europe.

“Who are the Nazis in the Ukrainian government?”, by Thierry Meyssan, Voltaire Network, 3 March 2014.

“Who is in charge of Ukraine today?”, by Andrey Fomin, Oriental Review (Russia) , Voltaire Network, 20 March 2014.