Journal of the change of world order #2


Why the cease-fire in Syria has failed

The Western public was enthusiastic about the US – Russia agreement for a cease-fire in Syria, and believed that it could bring peace. This shows that they have no memory of how the war was started, and no understanding of the goals it is meant to pursue. Explanations… 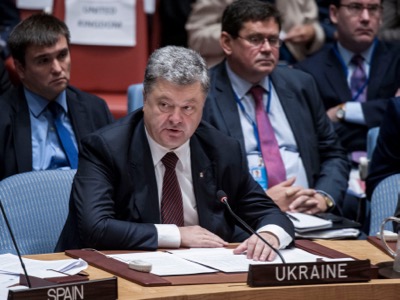 Donbass-Levant – two wars with a single goal. Tasked with cutting the «new Silk Road» which was intended to cross Siberia and enter the European Union via Ukraine, President Petro Porochenko visited the Security Council on 21 September, where he repeated the Anglo-Saxon propaganda concerning the war against Syria and Iraq, which is aimed at cutting the historic route of the «Silk Road».

Let’s review the facts – on 12 December 2003, President George W. Bush signed a declaration of war against Syria, the Syrian Accountability Act. After a series of attempts to open hostilities (the Arab League summit of 2004, the assassination of Rafic Hariri in 2005, the war against Lebanon in 2006, the creation of the Islamic Salvation Front in 2007, etc.), US special forces took the offensive at the beginning of 2011, organising a hoax intended to make people believe that this was an interior Syrian «revolution». After two vetos by Russia and China in the Security Council, the United States finally accepted a peace treaty in Geneva which they signed, in the absence of the Syrian delegation, on 30 June 2012.

First remark
Those who pretend that the current conflict is not an exterior aggression, but a «civil war», can not explain the consequences of the declaration of war against Syria by President Bush in 2003, nor why the peace treaty of 2012 was signed by the major powers in the absence of any Syrian representative.

Since the signature of the peace treaty, four years ago, the war has started again, despite multiple attempts to find a solution, negotiated alone by Secretary of State John Kerry and his Russian opposite number, Sergey Lavrov.

Throughout these last four years, I have noted, one by one, the conflicts within the US state apparatus (the manœuvres by Jeffrey Feltman and Generals David Petraeus and John Allen against President Obama, as well as the problems within CentCom). Today, according to the US Press, operatives of the CIA and those of the Pentagon have been waging a fierce war on one another in Syria – while Secretary of Defense Ashton Carter stated publicly that he did not believe that his men would apply the agreement signed by his colleague, John Kerry, who in turn said he was sceptical about his own capacity to enforce the respect of his signature by his country.

Second remark
Not only is President Barack Obama unable to impose his will on the different branches of his own administration, but he is also unable to mediate between them. Each branch pursues its own policy, both against the other branches and against exterior enemies.

The United States have changed their war aims many times, which makes their policy hard to analyse.

In 2001, Washington was attempting to control all the available oil and gas reserves in the world, convinced as they were that we were moving towards a period of penury. It was with this goal that the US united its allies against Syria. However, by the end of 2010, it abandoned the «peak oil» theory, and began working, on the contrary, towards energy independence.

In 2011, Washington organised the seige of Deraa, hoping that this would spark a popular uprising and enable the replacement of the secular Syrian government by the Muslim Brotherhood. This was the model for the «Arab Spring». And yet in 2013, after the overthrow of Mohamed Morsi in Egypt, it drew the conclusions of the failure of this experience, and abandoned the idea of handing over power in the Arab countries to the Muslim Brotherhood.

In 2014, since the war was still raging, Washington decided to use it to undercut President Xi Jinping’s project for the restoration of the «Silk Road» - at which point it became nesessary to transform the «Islamic Emirate in Iraq» into Daesh.

In 2015, after the military intervention of Russia, and without abandoning the anti-Chinese objective that it had set for itself, Washington added a second objective – to prevent Moscow from contesting US hegemony and the unipolar organisation of international relations.

Third remark
These changes of objective were obviously refused by the powers involved, which paid for them dearly - Qatar concerning the energy questions, and the Muslim Brotherhood concerning the overthrow of the régime. But these actors are supported by powerful lobbies in the United States - Exxon-Mobil (the most important multinational in the world), the Rockfeller family for Qatar, and the CIA and the Pentagon for the Muslim Brotherhood.

On the battlefield, the means deployed by Russia clearly demonstrate the superiority of its new weapons over those of NATO.

Fourth remark
For the chiefs of staff and the inter-army combat commanders of the United States (CentCom, EuCom, PaCom, etc.), the end of their domination in terms of conventional equipment can not allow their status as primary military power in the world to be contested. This forced them to dissociate themselves from the CIA concerning their use of the Muslim Brotherhood, while at the same time remaining their allies concerning the prevention of the Chinese deployment, and thus support for Daesh.

The Russo - US agreement of 9 September was clearly aimed at separating several groups – whose leaders had been judged acceptable by both parties – from the other jihadists [1]. Then to establish a military cooperation to crush the jihadists. and finally to form a government of national union which would include the leaders of the jihadist groups which had been separated – on the model of the local governments imposed by the European Empires on the Ottoman Empire in the 19th century.

The Pentagon accepted this agreement under two conditions – first of all, the Silk Road had to be cut. This led to the US bombing of the Syrian Arab Army in Deir ez-Zor, in order to prevent it from finally bypassing Daesh via the Euphrates valley. Then to work with the Russians, but on an equal footing.

The first condition is an act of war against Syria, in the very heart of the cease-fire, which offends the entire international community. The second is obviously inacceptable for Russia.

In order to mask the crimes committed by the Pentagon and the United Kingdom in Deir ez-Zor, the British agency MI6 organised the affair of the «bombing» of a humanitarian convoy.

In reality, this convoy had been searched by the Syrian Arab Army. It did not contain weapons (or no longer contained weapons), and had been authorised to continue across the border after the end of the cease-fire. It had been chartered by the Syrian Red Crescent, a NGO linked to the Damascus government, and was destined for the Syrian populations occupied by the jihadists. Contrary to Western declarations, it was never bombed, as demonstrated by the images broadcast by MI6 under the label of the «White Helmets». There are no bomb craters anywhere, and no structures have been damaged. The convoy was attacked from the ground and burned. Images taken by a Russian Army drone show the presence of jihadists at the moment of the attack, although the area was supposed to be demilitarised.

Whatever the facts are, the United States accused Russia of having violated the cease-fire, which it had not done, and which it had itself done by bombing the Syrian Arab Army in Deir ez-Zor. The Anglo-Saxon propaganda was repeated on 21 September, straight-faced, by the Ministers and Presidents of the Western camp, John Kerry (USA), Petro Porochenko (Ukraine), Jean-Marc Ayrault (France) and Boris Johnson (United Kingdom).

Final remark
The negotiations beween John Kerry and Sergey Lavrov have started again. Their objective is not to rewrite, yet again, another peace treaty about which everything has already been discussed. Their true goal is to help the State Department to overcome the resistance it is encountering in its own country.