Journal of the change of world order #6


Extension of the conflict

Thierry Meyssan continues his narration of the war which sets Washington and its allies against the rest of the world. Egypt has entered the fight. Israël has attacked Syria. Turkey maintains its troops in Iraq, despite protestations from Baghdad. We are heading towards a fifth Russo-Chinese veto at the Security Council against the French initiative. 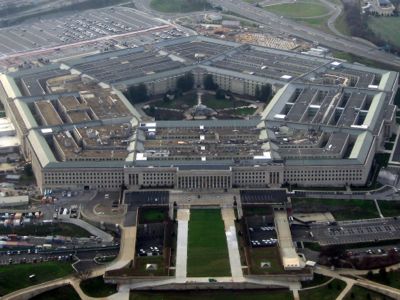 The Russian Minister for Defence, Sergueï Choïgou, has published an assessment of Russian military actions in Syria. In the space of one year, he confirms- «... they have liberated 586 localities and more than 12,000 square kilometres of territory, eliminated approximately 35,000 terrorists, including more than 2,700 from Russia and the CIS (Commonwealth of Independent States) countries». He opposed these results to those of the United States, who, while they claim to be fighting terrorists, are in fact supporting them against the Syrian Arab Republic.

The Douma unanimously adopted the Russo-Syrian agreement authorising the deployement of the Russian Air Force on the Syrian base at Hmeimim, and this for an unlimited duration. This text had been secretly signed in August 2015, and was only presented to the Douma in order to make the Russian position public. The Douma specified that Russian military presence in the Levant is indispensable to the fight against terrorism.

Simultaneously, we saw the start of the greatest Russo-Egyptian military exercises since the time of Gamal Abdel Nasser. The Russian chiefs of staff indicated that these manœuvres would enable the coordination of the two armies in their struggle against the jihadists, notably in the desert. By doing so, Russia has officialised its military deployment in Egypt, as well as Syria and Yemen (even if their presence in Yemen is for the moment unofficial).

Several US Generals have revealed that the situation has never been so serious since the Korean war. According to them, a confrontation between the United States and Russia would be brief, but of an amplitude never before equalled in History. General Mark A. Milley, chief of staff of the land army, has affirmed that the opposing Navy and Air Forces would cancel one another out, and that the bloodiest combats would take place on the ground. Ambassador Charles W. Freeman, Jr. has warned against taking action when the United States and Russia have so far managed to avoid nuclear war.

The PKK, in other words the Turkish Kurds, have taken advantage of the situation to re-occupy Jarabulus, in the North of Syria. Turkey denounces the Iraqi protestations directed against it, but refuses to withdraw its troops from Iraqi territory, asserting that only the presence of Turkish soldiers was contested by Baghdad, while about thirty states are deployed in their country.

Above all, assuming that Washington and Moscow were too occupied by their confrontation to intervene, the Israëli army attacked the area adjacent to the occupied Golan Plateau.

In August 2014, Tel-Aviv forced the expulsion of the Blue Helmets, the United Nations Disengagement Observer Forces (UNDOF), and replaced them with jihadists from Al-Qaïda. Prime Minister Benjamin Netanyahu had his photo taken with some of the 500 jihadists being treated at the Ziv Medical Centre. He declared in June 2016 that he would never restitute Golan to its Syrian owner. Judging this to be a step too far, the United States and Russia agreed to write a project for a Resolution calling for Israël to cease its support for terrorists and allow the UNO to re-assume its mission. The Resolution was to be published in August, but the project did not survive the deterioration of relations between Moscow and Washington.

The Israëli artillery bombarded all afternoon, as did their Air Force, which fired on Syrian territory from Israëli airspace. The jihadists operated under the cover thus provided.

In the case where Israël and the jihadists should manage to open a corridor between the Syrian demilitarised zone and the farms of the Lebanese Chebaa, it would become possible to extend the war to South Lebanon. The Druze populations of this area, loyal to Prince Talal Arslan and the Syrian Arab Republic, rather than Walid Joumblatt, would run the risk of being exterminated by the jihadists.

At the diplomatic level, the United States have asked for the opening of an enquiry about the Syro-Russian offensive against the jihadists in East Aleppo for «war crimes». The representative of the Secretary General for Syria, Steffan de Mistura, has proposed guaranteeing the safety of combatants if they decide to leave East Aleppo for Idleb, thereby interrupting the battle and saving civilians. But this compromise (inspired by the Director of Political Affairs for the UNO, Jeffrey Feltman, on behalf of Washington) was rejected by France.

After consultation with Israël, Paris decided not to integrate the amendments that its Minister for Foreign Affairs, Jean-Marc Ayrault, had negociated with his Russian counterpart, Sergey Lavrov, and to present his project on Saturday at the Security Council. Mr. Ayrault will personally visit New York to defend his text.

The French project plans to ban all bombardement of East Aleppo, whether by artillery or aviation, and to forbid any flight over the city by military aircraft. Russia immediately confirmed that it would veto the motion. We do not yet know the Chinese position, but it is possible that we will see the fifth joint veto by Moscow and Beijing on the NATO initiatives concerning Syria, which would then become the greatest subject of international friction since the Second World War. This blockage could call into question the future of the United Nations.