Many banners of struggle: these are the legacies that Hugo Chávez Frías as President of Venezuela left to the Latin American and Caribbean people at the time of his physical departure. These banners include dignity, unity and integration through solidarity of the region’s people. Threats and challenges that he knew how to assess, in his own way, during his life. 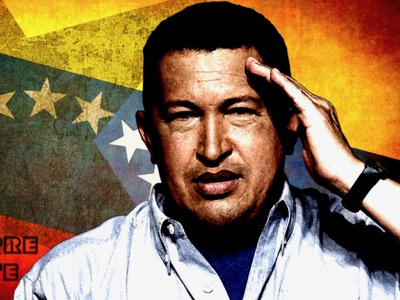 As we approach Chavez’s fourth death anniversary, which will actually take place on March 5th, events that are taking place today show how his deeds and thinking live on and are needed by the children of Our America.

To give just one example, the Bolivarian people and all the nations in the region find themselves threatened to reject and vigorously condemn the executive decision of the US government resolving that Venezuela is an extraordinary threat to its country’s security.

This decision of the US government might inspire a chortle or two, if it did not reflect the unmasked aggression and interference, of the global superpower against a sovereign nation that is developing an inclusive model to support its sovereignty and social justice.

The tenth International Summit of the Network in Defense of Humanity which was formed by intellectuals, artists, workers of the world, declared in 2013 from Caracas, that March 5th would not be a date for mourning. On the contrary, it was declared the Day for Latin American and Caribbean Dignity, in tribute to the Venezuelan leader.

This decision, which highlights one of the most outstanding features of Chavez’s personality, was unanimously supported by other political and social fora in the region, since, Chavez’s contribution in this field is undeniable.

An important milestone in the trajectory of the leader of the Bolivarian Revolution was the civil-military rebellion that he led on 4 February 1992, when he was a young officer of a valiant army, honest and imbued with the ideals of the Liberator of America.

That action failed and Chavez was imprisoned together with his other companions. However due to popular pressure, they had to be set free.

Following his release from prison, Chavez delivered his first speech in the village of Yare, which is about 40 kilometres from Caracas and on the following day, he made his way towards the National Pantheon where lie the physical remnants of Simón Bolívar. It was there that Chavez spoke for ten minutes, honouring Bolivar, a great hero who had defended the Homeland.

Outside the monument, throngs of people from the town spontaneously gathered, all supporters of Chavez. For some days, some and other kept repeating the words: “Hope has returned to the streets”, referring to the valiant action for change, so essential for Venezuelans and those who knew about what he would continue fighting.

Then the leader confirmed to the masses:
"We are here because we are continuing to fight for the dignity of the Venezuelan people".

The dignity that Hugo Chavez was fighting for and in respect of which he revealed his greatest determination, was a transversal axis in his life and work. Not only was it embedded in his courage [but also] his unwaverable position in the fight and his perseverance in his efforts for a better future for the children of his country.

At the heart of any matter was dignity, in the literal meaning of the word; dignity which human beings only fully acquire when there is social justice, inclusion, fair distribution of national resources, access to education, health, culture, dignity at work and other social benefits. Something that cannot be achieved in a society which is at once profit-seeking and elitist, such as that headed by the governing oligarchies before the Bolivarian Revolution.

Equally, through his Latin American and Caribbean projects, the Venezuelan leader became the driving force for programmes striving to achieve unity and even more importantly, integration through programmes for solidarity, for inspiration present and future, that were seeking to improve the lives of the great masses in all nations.

We speak once again here, of giving respect to thousands of men and women ignored, excluded, without human rights and marginalized by extreme poverty and inequality.

In his own country, during his presidential mandate, Chavez brought social programmes to fruition, lifting millions of his compatriots out of the grasp of poverty and giving them, freely, with no strings attached, the light of education and public health. In addition, he provided them with respectable homes, jobs and other social benefits. All this he accomplished while being battered by the ferocious aggression of his opponents.

How much more could he have done if the counter-revolution with its economic sabotage, aggression and constant provocations had not interfered with the execution of his plans and the will of the Bolivarian Revolution!

There is no doubt that the people of the region, sooner or later, will not be deceived by the counter-revolution, even when the progressive movements have made a temporary retreat. This is why, every anniversary of his physical departure must be an occasion, on which, rather than remembering him, we put into practice his legacy; a legacy as alive as it was at the start of his life. Such are the essential principles for the benefit of mankind.