Italy: the US Springboard for Africa

The Pentagon is not satisfied simply with organizing wars in Donbass, Syria and Yemen. Now it is deploying forces in Africa, its eyes set on conquering the black continent. 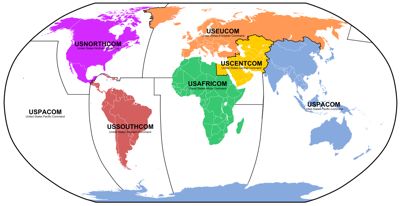 The focal point of the media’s political commentators is Syria, which lies at the heart of a colossal PSYOP operation aimed at inducing us to believe that those who are actually under attack are the aggressors. However, lurking in the penumbra are events unfolding in other parts of the Middle East and Africa.

For five years now, the United States, Saudi Arabia, Qatar, Kuwait and the Emirates have been driving the war in Syria by infiltrating it with terrorist forces. Yet now they are accusing the Syrian Government of war crimes and to this end are sponsoring the Caesar photographic exhibition, presented tomorrow at Rome [1] and are continuing their massacre in Yemen. The US Central Command is participating in this war with “anti-terrorist attacks”, officially documented, carried out in Yemen with drones and fighter-bombers.

Even further removed from the media’s focal point, are the US military operations in Africa.

These are led by the U.S. African Command (Africom), that has two important subordinate commands in Italy. The U.S. Army Africa, headquartered at the Ederle barracks, at Vicenza, «commands the mission and deploys forces for the operating theatre», providing at the same time military assistance to African partners to establish «security and stability» on the continent.

The U.S. Naval Forces Europe-Africa, headquartered at the base in Capodichino, Naples, is established by six task forces formed of warships of the Sixth Fleet based at Gaeta. Their “area of responsibility” covers Russia, Europe and Africa (apart from Egypt that comes under the Central Command), including half of the Atlantic from the North Pole to the Antarctic. They are subject to the commands of Admiral Michelle Howard, who at the same time heads the Command of the Joint Allied Forces (JFC-Naples) headquartered at Lake Patria (Naples).

With these forces, including the fighter bombers on the aircraft carriers and the armed drones based at Sigonella, the U.S. is stepping up its military operations in Africa. Since August, air raids have been carried out in Libya and are aimed at halting the advance of Isis (the threat of which has been exaggerated beyond belief). In actual fact, these raids further the plan of reconquering and recolonizing Libya, where U.S. and European Special Forces have been operating for some time.

But this is only the tip of the iceberg of the African “great game”: among its many “missions”, AfriCom is constructing a base of armed drones in Niger, officially for “anti-terrorist” purposes. This serves the military operations that the U.S. has been conducting for years, together with France, Africa of the Sahel, especially in Mali, Niger and Chad. Countries among the poorest in the world (with a rate of illiteracy that in Niger is 70% among men and 90% among women), but extraordinarily rich in raw materials – coltan and gold in Mali, uranium in Niger, oil in Chad – exploited by US and French multinationals that fear competition from Chinese companies, that offer African countries far more favourable [trading] terms.

Another U.S. military operation, with drones and special forces, is underway in Somalia, a country of primary geostrategic importance.

At the same time, the U.S. Army Africa penetrates the continent with «cooperation for security» programmes, the real aim of which is training military elites to serve the U.S.A. For the same reason, war ships of the U.S. Naval Forces Africa sail along the African coasts providing “assistance for maritime security”.

Spiritual help is also on board: the Chaplain of the Wasp, a ship of amphibian assault, has held via video conference the Holy Mass in the Mediterranean, for the sailors on board the war ship San Antonio, assigned on a mission in Africa.