In 1959, the first year of the Cuban Revolution, the Agrarian Reform was announced. This was pursuant to a strategy adopted by the new leaders navigating the Cuban ship, notably, the Cuban leader Fidel Castro, to dismantle the structures that the neo-colonial model had put in place. The United States responded by a basket of measures: the economic, trade and financial embargo together with terrorist operations, armed attacks and uprisings of conmen on the Island. 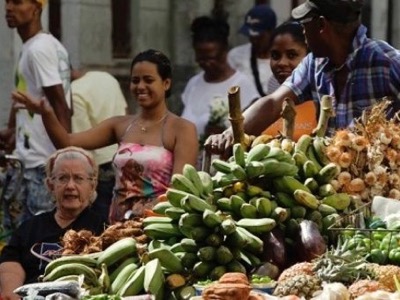 History bears the most culpability for the failure of these plans; but some blame must be pinned on that other chapter, no less sordid, bound up with the embargo and the economic war, which resulted in more than half a century of resistance by the Cuban people.

The revolutionary government inherited an economy tied and dependent, in every aspect imaginable, on trade with its Northern neighbour. Such was Cuba’s dependence on its neighbour that the island even had to rely on it to sell the lion’s share of the Cuban sugar harvest through a system of sales fixed through a so-called sugar quota. Following the Revolution, this quota system was first partially suppressed and suspended completely in 1960 and 1961, just like the export of oil.

In July 1963, the Treasury Department published the so-called Regulations to Control Cuban Activity. Pursuant to these regulations, the US took control of financial transactions and funds belonging to the Cuban State and other businesses in the Island that still remain frozen in US banks and institutions.

The Cuban interests that were confiscated– calculated at around 400 million dollars - consisted principally of money from Banco Nacional de Cuba accounts, national telecommunication businesses and other transactions such as transfers made by foreign institutions and individuals as well as legacies and cash prizes obtained by Cuban citizens in international sporting competitions or events.

Since then, an army of US state officials has been dedicated to discovering, pursuing and appropriating, through a “robbery” which is blessed and not condemned by the law, any property or accounts belonging to the Cuban state or any Cuban citizen or any other national that has commercial, financial relations with Cuba or simply sends money or securities to Cuba, the largest of the Caribbean islands.

From 1990, the embargo cast a wider net, and was able to catch even more transactions. The vision was that now that Cuba’s key trading partners were no more (the USSR had just been wiped off the globe and the Socialist Camp eliminated), the Revolution would have to admit defeat. To pursue this dream, the Torricelli Law and Helms-Burton Law were passed. These laws extended the economic war to third countries and even required that all buildings, land, industrials, facilities and even warehouses/wine cellars (“bodegas”) be returned to those who owned such property before the 1959 revolution.

What’s more, US court decisions began to strip the Island of its frozen funds, transferring them either to citizens and relatives of those who had carried out anti-Cuban activities or to execute judicial orders rendered in US court proceedings against the “islita”. It is calculated that in the decade stretching from 1996 to 2006, Cuba was thus robbed of 170 million dollars, almost all the resources retained.

In addition to the money funnelled out of Cuba on the back of this idea, pursuing this policy resulted in Cuban civil airplanes being illegally diverted to the Union and auctioned. The proceeds were handed over to the families of the counter-revolutionaries that had died in terrorist action on Cuban soil or persons [adversely] affected by measures taken by the Cuban Government pursuant to laws duly passed.

Following the previous US Administration’s policy change vis-à-vis Cuba, this issue was on the agenda for discussion between these two sovereign nations. However, now that President Donald Trump has decided to abort this initiative and widen yet again the reach of this loathsome embargo, Cuban assets will continue to be frozen, crystallizing the largest theft in history that one sovereign nation has committed against another. (ACN)

Will 7 million Iraqis be deprived of water this summer?