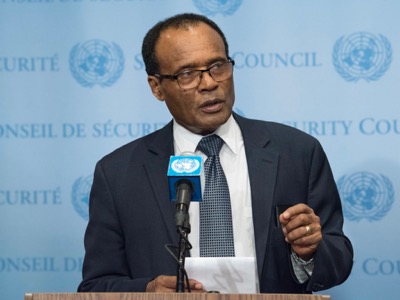 The members of the Security Council expressed concern over the potentially destabilizing impact of the Kurdistan Regional Government’s plans to unilaterally hold a referendum next week.

Council members note that the planned referendum is scheduled to be held while counter-Islamic State in Iraq and the Levant (ISIL/Da’esh) operations — in which Kurdish forces have played a critical role — are ongoing, and could detract from efforts to ensure the safe, voluntary return of over 3 million refugees and internally displaced persons.

Council members expressed their continuing respect for the sovereignty, territorial integrity, and unity of Iraq and urged all outstanding issues between the federal Government and the Kurdistan Regional Government to be resolved, in accordance with the provisions of the Iraqi Constitution, through structured dialogue and compromise supported by the international community. Council members expressed full support for United Nations efforts to facilitate dialogue between Iraqi stakeholders.