Beirut’s Military Tribunal had handed a death sentence to Sheikh Ahmad al-Assir, a Qatari agent who had stoked denominational conflicts in Lebanon during the war against Syria.

In 2011, Sheikh al-Assir (the man with the white turban in the photo) had his heavies impose their law on the city of Saida, before being ousted by the Lebanese army under the leadership of General Chamel Roukoz (who is also President Michel Aoun’s son-in-law). Capturing the mosque Bilal ben Rabah, where al-Assir chose to hideout, had cost the life of about twenty soldiers and almost 150 others had been wounded.

Sheikh Ahmad al-Assir has many people on his assassin’s radar and had tried to kill Serge Marchand, Secretary-General of Voltaire Net. The latter had been saved by the PSNS (the Syrian Nationalist Socialist Party) before the perpetrator of the attempted assassination was arrested by Hezbollah and handed over to the army.

Having slid into hiding, Sheikh Ahmad al-Assir had organized the final battle in the Lebanese city of Tripoli in 2014. 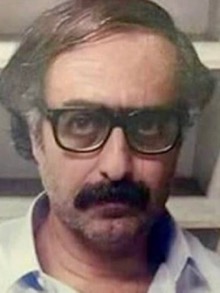 He had been arrested at Beirut airport just as he was trying to get away under a false identity and a new appearance (photo).

During the entire trial, Sheikh Ahmad al-Assir tried to provoke new tensions, whilst his supporters who had gathered outside the Court, were threatening the judges with “revenge à la Sunni”.

His arrest and sentence is proof that regional power relations have changed and he is no longer protected. Peace is slowly being re-established in Lebanon.