A closer look at the Sarkozy and Lafarge cases

If the press is no longer interested in the expanded Middle East after the fall of Raqqa, which it wrongly interprets as the defeat of jihadism, French judges are now working on two cases that have come from the East: one is Libya’s alleged funding of Nicolas Sarkozy’s electoral campaign and the other is Lafarge’s alleged purchase of oil from Daesh. In both cases, the investigations have still not addressed the crux of these matters. 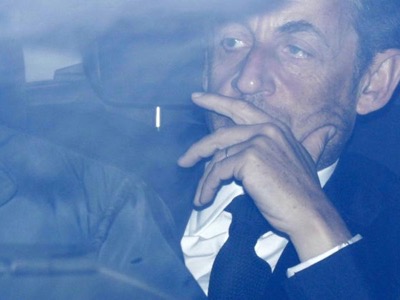 Serge Marchand : Two issues that you highlight in Sous nos yeux. Du 11-Septembre à Donald Trump are currently the subject of judicial proceedings in France. Can you talk to us about them? Let’s begin with the alleged funding of President Sarkozy’s electoral campaign by the Libyan Arab Jamahiriya.

Thierry Meyssan : When the United Kingdom, France and their allies attacked Libya - a Sovereign state and a member of the United Nations - I set up a government working group in Tripoli to put together the issues that could be raised to recall Paris to order. We gathered together evidence of several cases — Libyan, Tunisian and Egyptian — of funding the 2007 presidential electoral campaign. It is noteworthy that this group included the civil servant that had made payments personally to the emissaries of Nicolas Sarkozy. 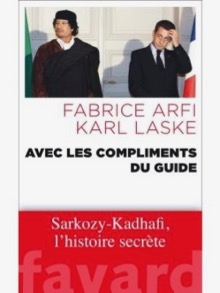 Fabrice Arfi and Karl Laske continued this inquiry [1]. As they did not have access to evidence of this agreement, they re-established in detail the circuits for transferring funds.

Contrary to what appeared in the press, there has never been any written evidence of this arrangement but there is audio evidence. Today, someone who collaborated with the Guide Muammar Gaddafi held this information he was thus able to escape Nato prosecution. Today, that someone has been granted asylum in another African state. On the other hand, some transfers of funds can be traced. The Prosecution will easily be able to verify this from information provided by Fabrice Arfi and Karl Laske.

In this matter, the criminal proceedings against Nicolas Sarkozy has clearly funded his electoral campaign violating the ceiling set by law, by funding it through foreign funds to the detriment of his competitors. Nonetheless, these proceedings are unfair because they have been brought against him alone and not the other candidate who also benefitted from this money, although for half the amount that Sarkozy received. If you apply the law, then you must apply it to everyone who meets the prima facie case requirements, or leave Mr Sarkozy in peace.

As I have often publicly declared and written, Ségolène Royal was guilty of the same infraction and this was thanks to the help of Roland Dumas Esq., the former President of the Conseil Constitutionnel (the highest constitutional court in France)…

Serge Marchand : In your book, you cite Ségolène Royal, but you make no reference to the name, “Roland Dumas” [2]…

Thierry Meyssan : Yes that’s quite right. The French editor and I came to an agreement not to reveal the names of some French personalities to prevent them bringing defamation proceedings against us. But these names can be read in the publications in other languages. I am going to publish these names on our website, then my editor will not incur any legal liability. The important thing is that the facts that I have related have not been challenged.

Let me get back to what I was saying. Not only do I consider the proceedings as they stand against Nicolas Sarkozy as improper, but knowing that almost every other candidate has also sought money from other foreign governments, and that this has been the practice for years, I think that he has simply been craftier than his competitors and has obtained more than them. Unfortunately, this system is the product of our erroneous conception of Democracy. There is another aspect that no one is talking about that shocks me far more: according to everyone who collaborated with the Guide, President Sarkozy and Madame Royal both pledged that once elected, they would “quash” the sentencing of Abdullah Senussi in the matter of the UTA 772 flight.

Abdullah Senussi is the brother-in-law of Muammar Gaddafi and was Head of the Internal Secret Services. In 1989, during the war in Chad, he had sponsored this attack which cost the lives of 170 persons. Tripoli considered that it was an act of war and therefore Senussi should not be subject to a criminal sentence. On a personal level, my thinking is aligned to the French judges: that if the act took place during war, then it was not an act of war because it was intentionally targeting civilians. Incidentally, everyone knows that Senussi and I did not see eye to eye on anything.

The pledge to “quash” this sentence could only mean pardoning the convicted (possible at the constitutional but not the political level) or worse, manipulating the French Justice System (a violation of the President of the Republic’s constitutional duty). By doing this, Nicolas Sarkozy and Ségolène Royal have shown that they were both unworthy of this office.

Serge Marchand : The second matter is the Lafarge [3] matter. Former employees are bringing actions against it for not paying them regularly and for purchasing oil from Daesh [4]. Laurent Fabius could be called to testify in investigatory proceedings. 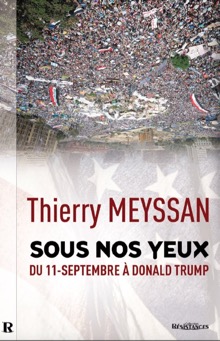 Thierry Meyssan : So here again, we are punched in the face by hypocrisy of gigantic proportions. I do not know if it is the Public Prosecutor that has thus limited the investigation or if it is the judges in charge of the investigation who have clipped their own wings. The real issue is completely different.

The factory at Jalabiyeh (at the Turkish border in the North of Aleppo), was not being used to produce oil rather coke. For two years, the Turkish secret services, the MIT, have chartered trains to deliver it with coal.

The French daily newspaper, Le Monde has acknowledged that the factory was working at full capacity for two years. At that time, you couldn’t transport merchandise from this zone to the area controlled by Damascus, all civil construction had been stopped in the jihadist-controlled zone and there were no exports to Turkey. Thus why manufacture and what had become of this cement?

The response is simple. Jihadists used it to build fortifications [5]. We then passed to a war of positions not with trenches, but with underground bunkers. This strategy had been described by Abou Moussab in “The Syrian”, in a book he published in 2004, “Management of Savagery” [6].

The quantity of cement that Lafarge produced at Jalabiyeh and sent back to the jihadists is equal to what the German Reich used to build the Seigfried line. There are these bunkers that the Russian Air Force’s Army has come to destroy with penetrating bombs.

In 2013, Daesh had still not taken the form of an unrecognized State. The jihadists were divided and dispersed in many groups. However, their military operations were under the de facto coordination of the Nato Land Forces (LandCom) Command Centre at Izmir (Turkey). This meant that they could benefit from advice of Nato engineers to build these installations.

Laurent Fabius was evidently an actor in this operation …

Serge Marchand : Was Nicolas Sarkozy involved in this at all?

Thierry Meyssan : No, not at all. The Lafarge affair began when François Hollande, a former partner of Ségolène Royal, became President. President Sarkozy had concluded a peace agreement with Syria after liberating Baba Amr where the jihadists had already declared an Islamic Emirates.

At the time then, Laurent Fabius and General Benoît Puga thought that France and its allies were toppling the Syrian Arab Republic and would place General Manaf Tlass in power [7]. At that time Manaf’s brother, Firas, was the manager of the factory at Jalabiyeh.

Thierry Meyssan : Absolutely, but Moustapha Tlass, has never taken a stand against the Republic nor has he ever supported the jihadists.

It is important that to know that in the past, Hillary Clinton had been the lawyer, then a director of Lafarge and that when Saddam Hussein was in power, this company had worked with the CIA to illegally transport arms to Iraq and to prepare for war.

Clearly, if the investigation were to pay attention to these facts, it would immediately come up against Secret-Defense, the only way to protect the Hollande government from providing an account of the war that it had been involved in organizing in Syria and its relations with the jihadists.

My book deals with all these issues and many more. It leaves me gobsmacked that no judge has had the curiosity to read it.

Even if you think a priori that Thierry Meyssan is not a journalist but a novelist and that therefore you do not have to take him seriously, his book sets out a Russian-Arab perspective on the 15 years of war that the Western press has always refused to explain to you. And with good reason.
Sous nos yeux. Du 11-Septembre à Donald Trump.

And if you like unintentional humour :
Mediapart : le complotisme au petit pied, Étienne Gernelle, Le Point, 19 October 2017.
For this short story, Étienne Gernelle owes his entire career to Franz-Olivier Giesbert. The latter replaced Roland Dumas in the bed of the sister of Manaf and Firas Tlass. What a small world.

[4] E mails from Daesh form part of the investigatory file. These e mails were initially published on the website Zaman Al-Wasl, and were then withdrawn before the article in Le Monde was published. You can still view these emails on the Voltaire Network website: “Lafarge-Holcim e-mails”.

[6] Management of Savagery was signed under the pseudonym, “Abu Bakr Naji”. Experts do not agree on the author’s true identity. Experts from the Saudi Television Channel think it would be Abou Jihad al-Masri, head of Al-Qaeda propaganda. On the contrary, other experts such as Thierry Meyssan think that this book does not originate from propaganda but military art. They think it is attributable to the person who authored The Global Islamic Resistance Call, Abou Moussab “The Syrian”. This jihadist had been granted political asylum in France when Mitterrand was president. He is known for adapting the “strategy of tension “ to jihad. He was the head of the Islamic Conflict Studies Bureau, in Madrid and London: a structure identical to what was Aginter Press (the Piazza Fontana attack) in the seventies. Ibid, p. 118.

[7] Currently A Laurent Fabius is the President of the Conseil Constitutionnel (France’s highest constitutional court) and General Puga is the Grand Chancellor of the Legion of Honor. They have been placed in eighth and seventeenth place in the protocol order of the Republic.

The battle of Damascus and East Ghouta

LaFarge: a concrete source for Daesh

Lafarge was working for the French Secret Services in Syria