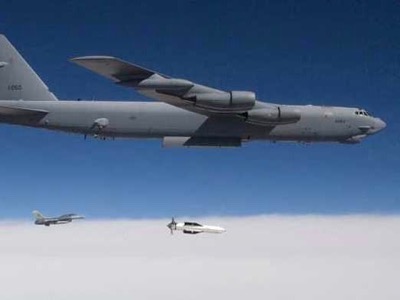 On instructions from my Government, I should like to draw to your attention the following:

At 2125 hours on the evening of Wednesday, 1 November 2017, Israeli occupation warplanes launched a new treacherous attack against a private copper plant in the civilian industrial zone in the Hisya area of Homs governorate. The plant was targeted by four missiles fired by Israeli aircraft from Lebanese airspace.

The Israeli occupation authorities’ continued attacks against the Syrian Arab Republic are nothing more than a response to the major victories scored by the Syrian Arab Army against terrorist organizations that are Israel’s proxies, that is to say, the Islamic State in Iraq and the Levant (ISIL) and Nusrah Front organizations. These Israeli attacks have become standard behaviour for the occupation forces. They are intended to protect Nusrah Front and ISIL terrorists, and to raise their morale now that they have been defeated in most parts of Syria.

This new Israeli attack coincides with the one hundredth anniversary of the infamous Balfour Declaration, and shows that the Israeli occupation forces are not content with merely practicing State terrorism against the Arab inhabitants of occupied Palestine, Syria and Lebanon, but have moved on to assume the role of terrorism’s official sponsor.

The Government of the Syrian Arab Republic reiterates its warning about the consequences of such continued Israeli attacks against Syrian civilians and their property, and the implications of Israel’s support for the terrorist organizations that it finances, arms and shelters, and whose injured it treats in Israeli hospitals. Israel’s use of terrorists will not last long, because the Syrian Arab Army and its allies are determined to fight Israeli terrorism and Israel’s proxies in ISIL, the Nusrah Front, and all other armed terrorist groups. Syria stresses that it will not forget these attacks carried out by Israel in support of its terrorist proxies, which are a threat to the region and the world.

The Government of the Syrian Arab Republic demands that the Security Council should condemn these shameless Israeli attacks, and calls on it, under the Charter of the United Nations, to take resolute and immediate steps to stop these attacks and hold Israel accountable for its support of the terrorism that is inflaming conditions in the region and around the world.

The misleading, hypocritical and tiresome language used by Western States — and in particular the United States of America — to provide cover for the crimes being committed by Israel against Syrians and Palestinians does not serve the cause of security and stability in the region. Israeli terrorism supported by Western States must be resisted rather than covered up. There is no such thing as bad terrorism and good terrorism.

Israeli attack on Syria from Lebanon

Syria denounces the US deception in the fight against Daesh

Syria’s response to accusations of the use of chemical weapons