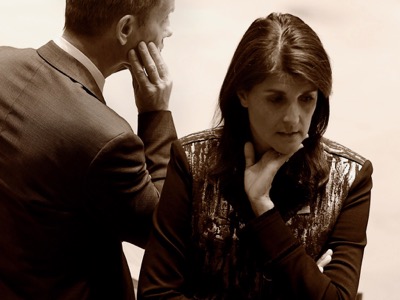 Expressing grave concern regarding the additional allegations of chemical weapons use in the Syrian Arab Republic which are being investigated by the Fact-Finding Mission (FFM) of the Organisation for the Prohibition of Chemical Weapons (OPCW),

Recalling that the FFM is not mandated to reach conclusions about attributing responsibility for chemical weapons use,

Taking note of the third, fourth and seventh reports of the OPCW-United Nations Joint Investigative Mechanism (JIM), and in particular the recent findings of the seventh report and its conclusions,

Recalling that in resolution 2118 (2013) the Security Council underscored that no party in Syria should use, develop, produce, acquire, stockpile, retain or transfer chemical weapons and decided that member States shall inform immediately the Security Council of any violations of resolution 1540 (2004), including acquisition by non-State actors of chemical weapons, their means of delivery and related materials in order to take necessary measures therefor,

Noting the importance of the JIM working in an independent, impartial and professional manner in implementing its mandate,

Recalling paragraph 6 of resolution 2235 (2015) whereby the Security Council requested the United Nations Secretary-General, in coordination with the OPCW Director-General, to undertake the steps, measures, and arrangements necessary for the full functioning of the JIM, including the recruitment of impartial and experienced staff with relevant expertise in accordance with the Terms of Reference,

Reaffirming its grave concern that the Islamic State in Iraq and the Levant (ISIL, also known as Da’esh), and other individuals, groups, undertakings and entities associated with ISIL (Da’esh) or Al-Qaida, including but not limited to foreign terrorist fighters who have joined ISIL (Da’esh) in Syria, groups that have pledged allegiance to ISIL (Da’esh), and Al-Nusra Front (ANF), continue operating in the Syrian Arab Republic,

Recalling the decision of the OPCW Executive Council EC-86/DEC.9 dated 13 October 2017, which encouraged States Parties to share, according to their national laws and as appropriate, information related to cases of development, production, acquisition, stockpiling, retention, transfer or use of chemical weapons by non-State actors, as well as completed domestic investigations conducted with regard to chemical weapons, including information on any subsequent criminal or other legal proceedings undertaken,

Recalling that resolution 2319 (2016) encouraged the JIM, where relevant, to consult appropriate United Nations counter-terrorism and non-proliferation bodies, in particular, the 1540 Committee and the 1267/1989/2253 ISIL (Da’esh) and Al-Qaida Sanctions Committee, in order to exchange information on non-State actors’ perpetration, organization, sponsorship, or other involvement in the use of chemicals as weapons in the Syrian Arab Republic where the OPCW Fact-Finding Mission determines or has determined that a specific incident in the Syrian Arab Republic involved or likely involved the use of chemical weapons,

Recalling paragraph 7 of resolution 2319 (2016), including with respect to the ability of the JIM to examine additional information and evidence that was not obtained or prepared by the FFM but that is relevant to the mandate of the JIM,

1. Decides to renew the mandate of the Joint Investigative Mechanism (JIM) as set out in resolution 2235 (2015) for a further period of 12 months from the date of adoption of this resolution, with a possibility of further extension by the Security Council if it deems it necessary;

2. Recalls its decision that the Syrian Arab Republic shall not use, develop, produce, otherwise acquire, stockpile or retain chemical weapons, or transfer, directly or indirectly, chemical weapons to other States or non-State actors;

3. Further recalls that no party in Syria shall use, develop, produce, otherwise acquire, stockpile or retain, or transfer chemical weapons;

6. Reaffirms support to the FFM and JIM as they undertake their respective investigations in a manner they deem appropriate to fulfil their mandate, acknowledges the dangers associated with investigating chemical weapon use in Syria, and highlights the importance of full coordination with the Office of the Special Envoy of the UN Secretary General to Syria, the United Nations Department of Safety and Security, and the OPCW, to ensure the FFM and JIM can safely travel to sites relevant to their investigations and where they determine there are reasonable grounds to believe access is justified based on their assessment of the facts and circumstances known to them at the time;

7. Reaffirms paragraph 9 of resolution 2235 (2015), that the FFM should collaborate with the JIM to provide full access to all of the information and evidence obtained or prepared by the FFM, including, but not limited to, medical records, interview tapes and transcripts, and documentary material, further reaffirms that the JIM should work in coordination with the FFM to fulfil its mandate, and requests that the Secretary-General make the necessary arrangements for the JIM to liaise closely with the FFM to expeditiously investigate any incident the FFM determines involved or likely involved the use of chemicals as weapons in order to identify those involved in accordance with the provisions of paragraph 5 of its resolution 2235 (2015);

8. Underscores the ongoing importance of the JIM conducting its investigations according to high methodological standards and basing its findings on the evidentiary levels outlined in paragraph 20 of the first JIM report (S/2016/142);

9. Calls upon all parties within the Syrian Arab Republic, including State and non-State actors, to provide full cooperation with the FFM and JIM, and to facilitate immediate and unfettered, safe and secure access to witnesses, evidence, reporting, material and sites the JIM and FFM deem relevant within the scope of their mandate, in order for the FFM and the JIM to accomplish their mandates, further calls upon all parties to pause hostilities in the areas in which the FFM and the JIM require access, to enable where possible safe access for the FFM and the JIM to such sites they may judge necessary for fulfilment of their mandates, and encourages the JIM to inform the Security Council in case the JIM is unable to safely access sites that it deems relevant to its investigation;

10. Encourages the JIM, where relevant, to consult and cooperate with appropriate United Nations counter-terrorism and non-proliferation bodies, to exchange information on non-State actors’ perpetration, organization, sponsorship or other involvement in the use of chemicals as weapons in the Syrian Arab Republic, where the FFM determines or has determined that a specific incident in the Syrian Arab Republic involved or likely involved the use of chemical weapons;

11. Requests the JIM to complete a report within 90 days of adoption of this resolution, and complete subsequent reports as appropriate thereafter, further requests the Joint Investigative Mechanism to present the report, or reports, to the United Nations Security Council and inform the OPCW Executive Council, and invites the JIM to brief, as appropriate, the 1540 Committee, the 1267/1989/2253 Committee or other relevant counter-terrorism or non-proliferation bodies on relevant results of their work;

12. Decides to remain actively seized of the matter.