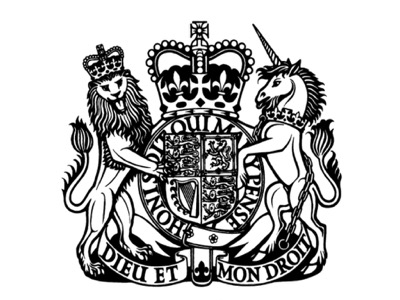 The United Kingdom of Great Britain and Northern Ireland and the French Republic, hereinafter referred to as "The Parties",

Recalling that their foreign and defence policies are founded on common interests, values and responsibilities,

Mindful of their rights and obligations under the North Atlantic Treaty [2] and, in the fields of security and defence, under the Treaty on European Union [3],

Believing that greater defence and security co-operation strengthens the North Atlantic Treaty Organisation which remains the foundation of their collective defence and the forum for its implementation and reaffirming their commitment to supporting the role of the European Union’s Common Security and Defence Policy in strengthening international security,

Convinced that greater bilateral defence and security co-operation will reinforce those rights and obligations as well as the objectives contained in the treaties referred to above,

Seeking to improve further the effectiveness and interoperability of their armed forces,

Recalling that the control of their armed forces, the decision to employ them and the use of force shall always remain a matter of national sovereignty,

Convinced that a technological and industrial defence base which is robust and competitive is both a strategic and an economic necessity for the two Parties,

Have agreed as follows:

1. maximising their capacities through coordinating development, acquisition, deployment and maintenance of a range of capabilities, facilities, equipment, materials and services, to perform the full spectrum of missions, including the most demanding missions;

2. reinforcing the defence industry of the two Parties, fostering cooperation in research and technology and developing cooperative equipment programmes;

3. deploying together into theatres in which both Parties have agreed to be engaged, in operations conducted under the auspices of the United Nations, the North Atlantic Treaty Organisation or the European Union’s Common Security and Defence Policy or in a coalition or bilateral framework, as well as supporting, as agreed on a case by case basis, one Party when it is engaged in operations in which the other Party is not part;

4. ensuring the viability and safety of their national deterrents, consistent with the Treaty on the Non-Proliferation of Nuclear Weapons;

The Parties agree that co-operation undertaken under the provisions of this Treaty shall include:

1. the strengthening of the co-operation between the armed forces of both Parties as defined in a joint Letter of Intent, to be signed by Ministers of Defence of both Parties, which shall include inter alia increasingly close co-operation in the following fields: the conduct of joint exercises and other training activities; joint work on military doctrine and exchange of military personnel; sharing and pooling of materials, equipment and services, and, subject to the provisions of Article 5(2), close co-operation in contributing to and pooling forces and capabilities for military operations and employment of forces;

2. continuing and reinforcing the work on industrial and armament co-operation under the High Level Working Group, involving industry as appropriate, through a long-term joint approach aimed at delivering effective military equipment in the most efficient manner, minimising national constraints and strengthening industrial competitiveness;

3. the building and joint operating of such facilities as may be agreed between the Parties;

4. the sale or loan of materials, equipment and services by one Party to the other Party or the procurement by both Parties from third Parties;

5. the development of their defence technological and industrial bases and of centres of excellence around key technologies with efficient corporate governance mechanisms, on the territory of both Parties, thus developing greater interdependence between them;

6. the attachment or exchange of personnel between the Parties;

7. the exchange of information relating to the political, policy, planning and decision-making processes involved in the planning, launching and command and control of bilateral and multilateral military and civil-military operations;

8. subject to national security regulations, the exchange of classified data and information relating to the performance of different defence equipment and systems as well as for operational purposes.

1. The French President and the British Prime Minister will take stock of the progress of co-operation under this Treaty and provide guidance for its development, at the annual summit.

2. The preparation of the defence and security element of the annual summit and the co-operation undertaken under the provisions of this Treaty shall be directed and co-ordinated by a Senior Level Group. The leaders of national delegations to the Senior Level Group will be appointed by the French President and the British Prime Minister.

ARTICLE 5
Deployment and Employment of Forces

1. The deployment and employment of the armed forces of each Party shall remain a national responsibility at all times.

3. Appropriate command and control arrangements shall be agreed by both Parties for all bilateral deployments or operations.

2. If such agreement or arrangement is terminated, its substantive provisions and the obligations referred to in paragraph 1 above shall continue to apply until such reasonable time as the other Party has generated or established or has access to an alternative facility or to an alternative source of such equipment or support function. Any modalities for implementing such continued application, where necessary, shall be defined in appropriate agreements or arrangements between the Parties.

3. In paragraphs 1 and 2 above the provision of support functions includes any necessary personnel.

ARTICLE 8
Transfer, Access to the Market and Export Licensing

1. In implementing laws, regulations and any stated policies on the export of armament materials and technology, the Parties undertake to facilitate to the greatest extent possible the transfer of defence and security equipment and services between the Parties, consistent with their national licensing procedures.

2. Each Party undertakes not to hinder legitimate access to its markets and to its Government contracts in the field of defence and security.

3. The Parties agree to facilitate and promote the export of defence and security equipment jointly produced by French and United Kingdom entities to third parties, by agreement and within the framework of their respective national legislation.

2. To those ends, the Parties shall work to minimise unnecessary regulatory hindrance, improve dialogue between the defence companies of both Parties and foster their rationalisation with the objective of enabling the purchase of equipment best suited to the performance and cost requirements of both Parties.

1. The Parties shall share equitably all costs and benefits incurred as a result of their involvement in the totality of co-operation undertaken under this Treaty, including all overhead and administrative costs unless otherwise provided for in related agreements or arrangements.

2. Where entering into contracts for all required materials, equipment and services is necessary to fulfil a Party’s responsibilities under this Treaty, European Union law and procedures shall apply to these contracts to the extent applicable.

1. The Parties shall enter into arrangements to facilitate the exchange of information, including classified information, for the purposes of co-operation under this Treaty, subject to the provisions of the Agreement between the Government of the United Kingdom of Great Britain and Northern Ireland and the Government of the French Republic concerning the Mutual Protection of Classified Information, signed at London on 27 March 2008 [4] or any subsequent agreement. Under such arrangements information provided by one Party to the other Party shall only be used for the purposes for which it was provided.

2. As regards information in which intellectual property rights exist, nothing in this Treaty authorises or governs the release, use, exchange or disclosure of information, whether classified or not, in which intellectual property rights exist, until the specific written authorisation of the owner of those rights has been obtained, whether the owner is a Party to this Treaty or a third party.

In the event of damage to property or injury or death caused by a wilful act or omission or through gross negligence of one Party, its employees or agents, that Party shall be fully responsible for meeting or dealing with any resulting claims.

ARTICLE 13
Other Defence and Security Agreements

The provisions of this Treaty shall not affect the rights and obligations of each Party under other defence and security agreements to which it is a Party.

1. This Treaty shall continue in force until such time as either Party decides to withdraw from it after having given the other Party at least twelve months’ notice of its intention to do so.

Any dispute regarding the interpretation or application of the provisions of this Treaty shall to the extent possible be resolved by consultations between the Parties. If a dispute cannot be resolved by consultations, the Parties may decide to refer it for settlement under a dispute settlement mechanism. The Parties shall decide upon the appropriate mechanism.

This Treaty may be amended at any time, in writing, by the agreement of both Parties.

This Treaty shall enter into force on the first day of the second month following the deposit of the later of the two instruments of ratification. IN WITNESS WHEREOF, the undersigned, duly authorised by their respective Governments have signed this Treaty, DONE at London on the ninth day of May, 2011, in duplicate in the English and French languages, each text being equally authentic.

Source : “Treaty between the United Kingdom of Great Britain and Northern Ireland and the French Republic for Defence and Security Co-operation”, Voltaire Network, 2 November 2010, www.voltairenet.org/article199519.html

Source : “Treaty between the United Kingdom of Great Britain and Northern Ireland and the French Republic for Defence and Security Co-operation”, Voltaire Network, 2 November 2010, www.voltairenet.org/article199519.html