Over the last four years, all commentators have underlined the impossibility for Russia to deploy ground troops against the jihadists in Syria at the risk of reliving their defeat in Afghanistan. But what is true if Moscow confronts Washington by proxy is false if the two great powers agree not only on the future of Syria, but the whole region. Thierry Meyssan was the first journalist in the world to announce the arrival of the Russian army in Syria in 2015. He is today the first to announce the deployment of its infantry. 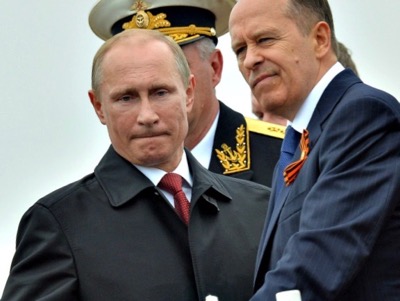 Washington has decided to relegate its project for the destruction of states and societies in the Greater Middle East to second place in its preoccupations, and to concentrate its forces on opposing the Chinese project for the Silk Road. This has apparently been implemented by President Donald Trump and the Prime Minister of Australia Malcolm Turnbull (representing the British), on 24 February at the White House.

This is not just the traditional conflict between the Anglo-Saxon maritime Empire on one side and the land-based Chinese project on the other. It also concerns the potential threat that Chinese industry represents for the whole of the developed world. To put it simply, while in Antiquity, Europeans were eager to obtain Chinese silks, today, all the Western powers fear having to the compete with Chinese cars.

Since Beijing has abandoned the project of re-opening the Silk Road along its historic route through Mosul and Palmyra, the United States have nothing to gain by sponsoring jihadists to create a Caliphate straddling Iraq and Syria.

It was also on 24 February that Russia and the United States presented Resolution 2401 to the Security Council - a text which had been ready since the night before, and in which there had been no changes made, although everyone pretended to continue their bargaining.

Allegedly adopted in response to the French media campaign aimed at saving the population of the Ghouta, this Resolution deals, in reality, with a solution for almost all of Syria.

It puts on hold the question of the withdrawal of Turkish and US troops. Concerning the latter, it is not impossible that they balk at leaving the extreme North-East of the country. Indeed, if China decided to route the Silk Road through Turkey, Washington would fan the flames in order to create a Kurdistan in Kurdish territory (if we accept that South-East Anatolia is no longer Armenian territory since the genocide) and block Beijing’s way.

Moscow has moved new planes to its base in Hmeimim, including two Su-57 stealth aircraft – jewels of technology that the Pentagon imagined would not be operational before 2025.

Above all, Moscow, which until now had limited its engagement in Syria to its air force and a few Special Forces, has now secretly moved in infantry troops.

On the morning of 25 February, the Russian land army moved into East Ghouta alongside the Syrian Arab Army.

It is now impossible for anyone at all to attack Damascus, or attempt to overthrow the Syrian Arab Republic, without automatically provoking a Russian military riposte.

Saudi Arabia, France, Jordan and the United Kingdom, who had secretly formed the « Little Group » on 11 January in order to sabotage the peace conference at Sotchi, will be unable to take any further decisive action.

The gesticulations of the British and French Ministers for Foreign Affairs, Boris Johnson and Jean-Yves Le Drian, cannot disguise the new agreement between the White House and the Kremlin, nor the international legality of the Russian military presence and its military action in favour of the civilians who are prisoners of the jihadists.

They can not hope to question this agreement, as their respective countries did in July 2012, taking into account the evolution of the local and international situation.

If necessary, we will pretend not to know that the two armed factions present in East Ghouta (pro-Saudi and pro-Qatari) are run by Al-Qaïda. They will be discreetly exfiltrated. The officers of the British MI6 and the French DGSE (who are operating under cover of the NGO Médecins sans Frontières) will be repatriated.

The war has not yet ended for the whole of the territory, but it is already over for Damascus. 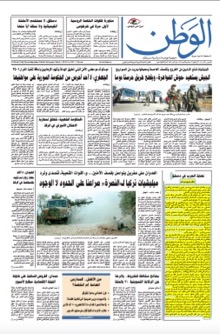