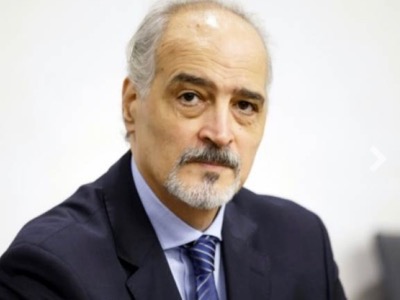 On instructions from my Government, and in response to the letter dated 7 February 2018 from the Permanent Representative of France to the United Nations addressed to the President of the Security Council (S/2018/104), I should like to convey to you the following information.

France has not desisted from its policy of pushing lies and unbelievable claims in the Security Council by circulating letters that are aimed at turning the facts upside down and protecting the Nusrah Front terrorist organization, which is on the Security Council list of terrorist organizations as the branch of the Al-Qaida organization in Syria, and also protecting entities and individuals associated with the Nusrah Front. Such conduct on the part France is in line with its policy of spearheading efforts to provide all types of assistance to terrorist groups in Syria, at the forefront of which is the Nusrah Front and associated terrorist groups. That policy has been in place since the start of the Syrian crisis. The media have audio and video proof that the French Government funds the Nusrah Front and that French Governments have promoted this shameful policy in international forums.

The above-mentioned letter of the Permanent Representative of France proves beyond a doubt that the French Government lacks the political will to change its approach, which is in line with the approach adopted by previous French Governments of supporting terrorism and protecting terrorist organizations. That approach has tarnished the reputation of France in the region and around the world, and put it in the company of States that proffer the lives and dignity of Syrians in exchange for a handful of petrodollars and a few barrels of oil.

The Syrian Arab Republic reiterates that it rejects the hostile positions of France, which seeks to exert additional political pressure on Syria and aggressively threaten its sovereignty. It also reiterates that France is not qualified to play any role whatsoever in bring peace to Syria or to comment on internal Syrian affairs while it supports terrorism and its hands are dripping with the blood of the Syrian people.

The Syrian Arab Republic calls upon the Security Council to put a halt to French practices, which undermine the credibility of the Council and violate its resolutions, flout the Charter of the United Nations and provide the terrorists with a voice, representation and protection in the Council. Moreover, by engaging in these practices, France is shirking its role as a permanent member of the Security Council.