Seven years after NATO’s military intervention against Libya, all observers agree that it was based on a pack of lies and violated the mandate of the Security Council. Although the Western powers are now prepared to recognise that the population of Libya was the richest in Africa, and that its standard of living collapsed, provoking a massive exile, they are not yet aware that Mouamar Kadhafi had eliminated slavery and racism in his country. By destroying the State, NATO deliberately opened the gates of Hell. Not only were the black immigrant workers persecuted, but also the black Libyan citizens of Tawergha. Besides this, the Jamahiriya’s work of African cooperation between Arabs and blacks was reduced to nothing over the whole continent. 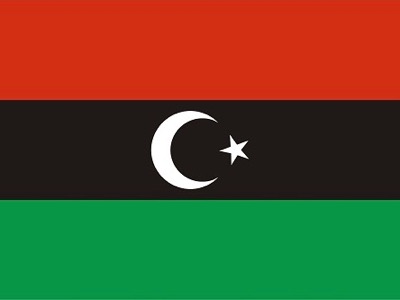 The flag of the Wahhabite dynasty of the Senoussis has once again become the flag of Libya. Today, slavery has again become current practise, as it was before Mouamar Kadhafi’s coup d’État in 1969. Libya, Saudi Arabia and, in lesser measure, Qatar and the Emirate of Sharjat, are four Wahhabite States which condone this crime.

Seven years ago, on 19 March 2011, the war against Libya began. It was led by the United States first through the Africa Command, then through NATO under US command.

In seven months, about 10,000 air strikes were carried out with tens of thousands of bombs and missiles.

Italy was involved in this war with fighter bombers and air bases, tearing the Treaty of friendship and cooperation between the two countries.

Before the naval and air attack, tribal sectors and Islamic groups hostile to the government had been financed and armed in Libya, and special forces infiltrated, in particular from Qatar.

NATO demolished the State which, on the southern shore of the Mediterranean, had achieved "high levels of economic growth and high indicators of human development" (as the World Bank itself documented in 2010). About two million immigrants, mostly Africans, were employed there.

At the same time, with its sovereign wealth funds, Libya made possible the emergence of independent economic agencies of the African Union: the African Monetary Fund, the African Central Bank, the African Investment Bank.

According to the mails of secretary of state Hillary Clinton, US and France agreed to block Gaddafi’s plan to create an African currency, as an alternative to the dollar and the CFA franc imposed by France to 14 former African colonies.

Once demolished the State and murdered Gaddafi, the spoils to be shared in Libya is enormous: the oil reserves, the largest in Africa, and big natural gas reserves; the immense Nubian water table, the white gold which in perspectite is more precious than theblack gold; the Libyan territory of primary geostrategic importance; sovereign wealth funds, about 150 billion dollars invested abroad by the Libyan state, «frozen» in 2011 by the UN Security Council.

Out of the 16 billion euros of Libyan funds, blocked in the Euroclear Bank in Belgium, 10 have already disappeared without any drawing authorization. The same big robbery takes place in other European and US banks.

In Libya, energy export revenues, which fell from $ 47 billion in 2010 to 14 in 2017, are now shared among power groups and multinationals; the dinar, which previously was worth 3 dollars, is now traded at a rate of 9 dinars per dollar, while consumer goods must be imported by paying them in dollars, resulting in an annual inflation of 30%.

The standard of living of the majority of the population has collapsed due to lack of money and essential services. There is no more security or a real judicial system.

The worst condition is that of African immigrants: with the false accusation (fed by the Western media) of being "mercenaries of Gaddafi", they were imprisoned by Islamic militias even in zoo cages, tortured and murdered.

Libya has become the main transit route, in the hands of human traffickers, of a chaotic migratory flow to Europe which, each year in the Mediterranean crossing, causes more victims than the NATO bombings in 2011.

The Libyans accused of supporting Gaddafi are also persecuted. In the city of Tawergha the Islamic militias of Misrata supported by NATO (those who murdered Gaddafi) have carried out a real ethnic cleansing, exterminating, torturing and raping.

The survivors, terrified, were compelled to leave the city. Today around 40,000 live in inhumane conditions and can not return to Tawergha.

Why are those members of the left now silent, while seven years ago they called in a loud voice for Italian intervention in Libya on behalf of violated human rights?