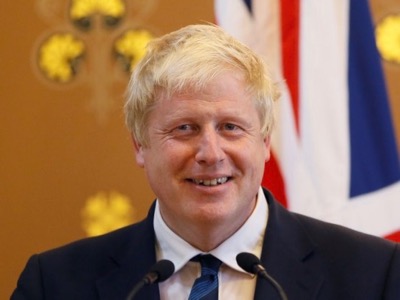 Never before have so many countries come together to expel Russian diplomats. By last night, the total stood at more than 20 nations collectively deciding to remove more than 100 Kremlin officials. In the process these allies of Britain have consciously placed themselves at risk of retaliation.

Their principled stand in the aftermath of the use of a nerve agent in Salisbury on March 4 may well carry a price, perhaps in the form of some of their own diplomats being removed from Moscow, so I am deeply grateful to all the nations who have resolved to act. And I believe that yesterday’s events could become a turning point. Do not underestimate the effect of these measures on Russia’s networks of espionage. When the Foreign & Commonwealth Office evicted 23 undeclared intelligence officers from the Russian embassy in London, we eviscerated the Kremlin’s painstakingly assembled operation in Britain.

Yesterday’s action delivers a further blow from which Russian intelligence will need many years to recover. But I will resist any temptation to proclaim that the response was all about us. Our allies have responded because they share our view of the threat posed by the Kremlin to their values and security.

The use of a banned nerve agent on British soil falls into a wider pattern of President Putin’s reckless behaviour. In the past 4 years, the Kremlin has annexed Crimea, ignited the flames of conflict in the Donbas region of Ukraine, hacked the German Bundestag, interfered in elections across the world, sought to hide Assad’s use of poison gas and joined his onslaught against the Syrian people.

The common thread is Mr Putin’s willingness to defy the essential rules on which the safety of every country depends. Hence every responsible nation shares a vital interest in standing firm against him. Our allies have not been deterred by Russia’s usual tactics for avoiding pressure. Sure enough, the Kremlin began pumping out a deluge of lies almost as soon as Sergei and Yulia Skripal had entered intensive care. So far, my colleagues at the Foreign & Commonwealth Office have identified 21 theories broadcast by the Russian state media, ranging from the sublime (Skripal overdosed because he was addicted to Novichok) to the absurd (America did it to “destabilise the world”) to the offensive (The UK poisoned its own city to spoil the World Cup).

There was a time when this tactic of sowing doubt might have been effective, but no one is fooled anymore. I believe yesterday was a moment when the cynicism of the propaganda machine was exposed for all to see. The western alliance took decisive action and Britain’s partners came together against the Kremlin’s reckless ambitions.