Gary Aitkenhead is the Head of the Military Laboratory for Science and Technology of Porton Down (United Kingdom). On 3 April 2018, he declared speaking for himself and on behalf of his colleagues, that his services identified that the substance used on Sergei and Yulia Skripal was an agent belonging to the Novichok programme but made it clear that they had never determined where it was made.

He declared in an exclusive interview given to Sky News on 3 April 2018:

“We were able to identify this substance as a Novichok and to establish that it is an nerve-poisoning agent of military grade (…) We were not been able to establish the exact source but we provided scientific reports to the government which led it to other sources before reaching the conclusions that it has today”.

16 days earlier, on 19 March, Boris Johnson, the UK’s Minister for Foreign Affairs, claimed to Zhanna Nemtsova on Deutsche Welle that he had interrogated the Porton Down team which had assured him that there was not a shadow of doubt that Russia was responsible. 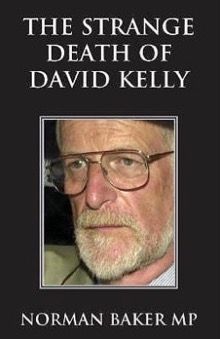 By the time of the Anglo Saxon attack on Iraq in 2003, British military scientists had already denounced the falsehoods declared by their government. So at that time you had the then Prime Minister Tony Blair declaring on the one hand that Bagdad was holding significant stocks of chemical weapons, and on the other hand, an expert of global repute, Dr David Kelly, discretely informing the BBC that this was nothing but “fake news”.

After being exposed by the MI6 to be a secret informant for the BBC, Dr David Kelly was found dead. A committee chaired by Lord Brian Hutton investigated into this matter and concluded that he had committed suicide. Four years later, a liberal MP, Norman Baker, published the truth of this state assassination, in his book, “The Strange Death of David Kelly”.

Getting back to our main story, Aitkenhead’s TV appearance has saved the peace and avoided the worst.