Progress in the elimination of the Syrian chemical weapons programme 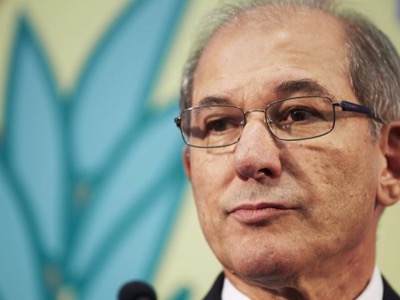 1. In accordance with subparagraph 2(f) of the decision by the Executive Council (hereinafter “the Council”) at its Thirty-Third Meeting (EC-M-33/DEC.1, dated 27 September 2013), the Technical Secretariat (hereinafter “the Secretariat”) is to report to the Council on a monthly basis regarding the implementation of that decision. In accordance with paragraph 12 of United Nations Security Council resolution 2118 (2013), the report by the Secretariat is also to be submitted to the Security Council through the Secretary-General.

2. The Council, at its Thirty-Fourth Meeting, adopted a decision entitled “Detailed Requirements for the Destruction of Syrian Chemical Weapons and Syrian Chemical Weapons Production Facilities” (EC-M-34/DEC.1, dated 15 November 2013). In paragraph 22 of that decision, the Council decided that the Secretariat should report on its implementation “in conjunction with its reporting required by subparagraph 2(f) of Council decision EC-M-33/DEC.1”.

3. The Council, at its Forty-Eighth Meeting, adopted a decision entitled “Reports of the OPCW Fact-Finding Mission in Syria” (EC-M-48/DEC.1, dated 4 February 2015) noting the Director-General’s intent to include reports of the OPCW Fact-Finding Mission (FFM) in Syria, along with information on the Council’s discussion thereof, as part of the monthly reporting pursuant to United Nations Security Council resolution 2118 (2013). Similarly, the Council, at its Eighty-First Session, adopted a decision entitled “Report by the Director-General Regarding the Declaration and Related Submissions by the Syrian Arab Republic” (EC-81/DEC.4, dated 23 March 2016), noting the Director-General’s intent to provide information on the implementation of that decision.

4. The Council, at its Eighty-Third Session, adopted a decision entitled “OPCW-United Nations Joint Investigative Mechanism Reports on Chemical Weapons Use in the Syrian Arab Republic” (EC-83/DEC.5, dated 11 November 2016). In subparagraph 12(a) of that decision, the Council decided that the Director-General shall “regularly inform the Council on the implementation of this decision and incorporate information regarding the implementation of this decision into his monthly reporting to the United Nations Security Council, through the United Nations Secretary-General, regarding EC-M-33/DEC.1”.

5. This, the fifty-fourth monthly report, is therefore submitted in accordance with the aforementioned Council decisions and includes information relevant to the period from 24 February 2018 to 23 March 2018. Progress achieved by the Syrian Arab Republic in meeting the requirements of Executive Council decisions EC-M-33/DEC.1 and EC-M-34/DEC.1

6. Progress by the Syrian Arab Republic is as follows :

(a) The Secretariat has verified the destruction of 25 of the 27 chemical weapons production facilities (CWPFs) declared by the Syrian Arab Republic. As previously reported, in November 2017 the Secretariat conducted an initial inspection of the last two stationary above-ground facilities in accordance with paragraph 44 of Part V of the Verification Annex to the Chemical Weapons Convention (hereinafter “the Convention”). Thanks to the voluntary contributions provided by States Parties to the Syria Trust Fund for the Destruction of Chemical Weapons, including contributions provided in response to the Secretariat’s Note S/1541/2017 (dated 9 October 2017), the Secretariat, together with the United Nations Office for Project Services (UNOPS), has been making all the required arrangements to assist the Syrian Arab Republic in the destruction of the facilities located at these two sites.

(b) In this regard, the Steering Committee, which consists of representatives of the Syrian Arab Republic, the OPCW, and UNOPS, met in Beirut, Lebanon, from 19 to 21 March 2018 to discuss additional amendments to the Tripartite Agreement concluded between those three parties on 9 September 2014, as previously amended. The additional amendments, which were agreed upon by the parties during the meeting, were necessary to reflect the work required to destroy the two remaining CWPFs. Once the remaining required arrangements are finalised, destruction is expected to take two to three months, subject to security conditions.

(c) On 19 March 2018, the Syrian Arab Republic submitted to the Council its fifty-second monthly report (EC-88/P/NAT.1, dated 21 March 2018) regarding activities on its territory related to the destruction of its CWPFs, as required by paragraph 19 of EC-M-34/DEC.1.

7. As stated in previous reports, all of the chemicals declared by the Syrian Arab Republic that were removed from its territory in 2014 have now been destroyed.

Activities carried out by the Secretariat with respect to Executive Council decisions EC-81/DEC.4 and EC-83/DEC.5

8. During the reporting period, the Declaration Assessment Team (DAT) continued its efforts to clarify all outstanding issues regarding the initial declaration of the Syrian Arab Republic in accordance with paragraph 3 of Council decision EC-81/DEC.4 and paragraph 6 of Council decision EC-83/DEC.5. On 29 January 2018, the Director-General addressed a letter to the Deputy Foreign Minister of the Syrian Arab Republic, Dr Faisal Mekdad, in which he asked for further clarifications regarding activities conducted at the Scientific Studies and Research Centre (SSRC), and attached to his letter a non-exhaustive list of questions.

9. Through a note verbale dated 19 February 2018, the Syrian Arab Republic provided answers to the SSRC-related questions raised in the Director-General’s letter of 29 January 2018. The DAT assessed these answers and determined that while they partially addressed some of the questions, other questions remained unanswered. The DAT’s assessment of the responses provided by the Syrian Arab Republic was reported in a Note by the Director-General entitled “Report on the Work of the Declaration Assessment Team” (EC-87/HP/DG.1, dated 2 March 2018).

10. On 6 March 2018, the DAT gave an informal briefing to States Parties on the technical aspects and current status of all outstanding issues related to the initial declaration and submissions of the Syrian Arab Republic. As stated by the Director-General in his opening statement to the Council at its Eighty-Seventh Session (EC-87/DG.21 and EC-87/DG.22, both dated 13 March 2018), the Secretariat remains unable to confirm that the Syrian Arab Republic has submitted a declaration that can be considered accurate and complete in accordance with the Convention and the decisions of the Council.

13. UNOPS continues to provide support to the OPCW mission in the Syrian Arab Republic in accordance with the Tripartite Agreement.

14. As at the cut-off date of this report, one OPCW staff member was deployed as part of the OPCW mission in the Syrian Arab Republic.

15. As previously reported, the Trust Fund for Syria Missions was established in November 2015 to support the OPCW FFM and other remaining activities, such as those of the DAT. As at the cut-off date of this report, total contributions to this fund stood at EUR 17.1 million. Contribution agreements had been concluded with Canada, Chile, Finland, France, Germany, Monaco, New Zealand, the Republic of Korea, Sweden, Switzerland, the United Kingdom of Great Britain and Northern Ireland, the United States of America, and the European Union.

16. Guided by Council decisions EC-M-48/DEC.1 and EC-M-50/DEC.1 (dated 23 November 2015), as well as by United Nations Security Council resolution 2209 (2015), the FFM continued to study all available information relating to the allegations of use of chemical weapons in the Syrian Arab Republic. In this regard, the FFM deployed during the period between mid-February and mid-March to gather information and exchanged a number of notes verbales with the Syrian National Authority. On 6 March 2018, the Secretariat gave an informal briefing to States Parties on the recent activities of the FFM.

17. The main focus of the future activities of the OPCW mission in the Syrian Arab Republic will be on the activities of the FFM and on the implementation of Council decisions EC-83/DEC.5 and EC-81/DEC.4, including declaration-related issues, as well as on the verification of the destruction of the two stationary above-ground facilities, and annual inspections of the underground structures already verified as destroyed.

Director-General of the Organisation for the Prohibition of Chemical Weapons (OPCW) (since 2009).