Following an extended interchange of threats and insults between the Presidents of the United States and North Korea, the recent summit between the two Koreas appears to have opened the door to ending the state of war in the Korean Peninsula and even its denuclearization. The international analyst Julio Yao analyses the perspectives of the meeting that has been scheduled between Kim Jong-un and Donald Trump. 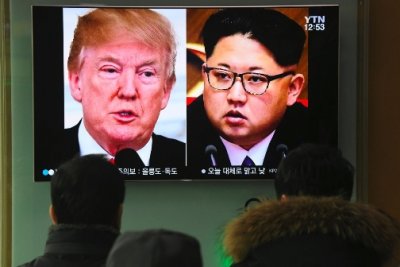 The summit between the presidents of the People’s Republic of Korea, Kim Jong-un and the Republic of Korea, Moon Jae-in, in the Demilitarized Zone of Panmunjon, is the most reassuring news since the Korean War. It is also the most significant event in the peninsula’s history.

There is no doubt that the key to this was the contribution of China, which took account of the two “non-official” meetings between the Chinese President Xi Jinping, and Kim Jong-un. The “RPD” of Korea depends on trade, partly from China.

A Korea that is unified would present a power that could hardly be dismissed on the world stage. With the contribution of Chinese volunteers, North Korea inflicted on the United States its first major military defeat. And North Korea achieved this after losing half of its population and all of its cities and peoples in the war (1950-1953).

The Inter-Korean Summit decided to put an end to the hostilities between both parties, to denuclearize the peninsula, to reduce the arsenals and to sign a peace treaty, to reunite families that had been separated by the war and to talk about reunification.

The Kim-Moon meeting creates a climate of peace between blood brothers with a history of political development that stretches far back in time. Kim and Moon will meet again before the Kim-Trump Summit which has been scheduled for 12 June 2018 in Singapore.

If the Korean peninsula is reunified, an area for development could be created, a special bridge between Japan and China, Taiwan apart. China would thus integrate this zone in its sketch for global trade (the plan for “one zone, one route” [more frequently referred to as the “New Silk Route”] which would include the Shanghai Group, Russia, the entire Eurasian zone and the countries of the BRICS group [Brazil, Russia, India, China and South Africa]. Already the Koreans have agreed to keep the Western Sea out of any conflict, as a Peace Zone.

And what does Trump think?

Donald Trump has said that conciliation between the Koreas is the fruit of the pressure that he exercized on Kim, whom he had disrespectfully referred to as «rocket man». Kim had then responded by calling him «old man». Now the US leader will have to take into consideration that 28 500 US soldiers are stationed in South Korea and their withdrawal could inflate the US military expenditure by thousands of millions dollars.

Let’s say that the two Koreas reconcile their differences, what would Japan do? Japan is Korea’s historical enemy and it occupied and plundered the Korean peninsula right up until the end of the Second World War. Let us not forget that the grandfather of Kim Jong-un, the Marshall Kim Il Sung, led the guerrilla against the Japanese, who were oppressed the Korean people, blacking out their culture and abusing their women as sex slaves in Japanese military bases.

With the blessing of the United States, the Japanese military sectors maintained an important share of power, for decades of the first South Korean governments, through the military dictatorships (for example, as that of Syngman Rhee [1]).

Today the Korean peninsula no longer holds for the United States the geopolitical hot seat that it occupied until very recently. That priority hot seat is now occupied by Iran, a country that must be destroyed to dominate the Middle East, which is exactly what the United States, Saudi Arabia, Israel and Nato are trying to do.

We have always said that North Korea was a vehicle for turning the heat up on China, an ally of Pyongyang. Despite this, trade and customs conflicts between the US and China, will make it necessary to moderate, not aggravate tensions with Beijing.

The political orientation towards Iran explains the US’s unexpected withdrawal and denunciation of the 5+1 Agreement [JCPOA] although this has not been followed up any other signatory state, not even a state allied to it. Furthermore, well before this, the International Organization for Atomic Energy (IOAE) even praised Iran for executing its treaty obligations with impeccable precision.

This also explains why Israel, the United States, the United Kingdom and France have attacked Syria.

What will the impact be of Secretary of State, Mike Pompeo and John Bolton Donald Trump’s Security Adviser two hawks situated at far right of the political spectrum?

It is possible that given Trump’s impulsive nature, our considerations on Korea are torpedoed and that the US President, advised by Pompeo and Bolton, may put an end to making the summit fail or aborting it, by blaming President Kim Jong-un of walking away from the table.

But it is not easy to intimidate or trap the grandson of Kim Il-sung.

A President Serving the CIA