We were wrong to believe that the US project for the Middle East was a peace plan for Palestine. Despite the communications from the White House, this is not what President Trump is seeking. He is approaching this question from a radically different angle than that of his predecessors – not attempting to render Justice between his vassals, as an emperor would, but to unblock the situation in order to improve the daily lives of the populations involved. 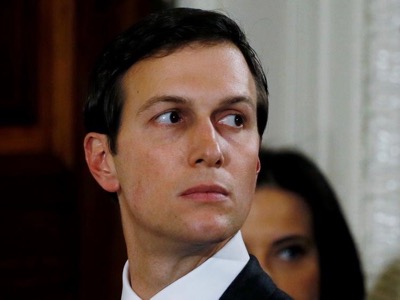 During the imprisonment of his father for financial fraud, Jared Kushner took over the family business, despite the contempt for his family displayed by the US ruling class. He learned to melt into the background by giving the image of a good boy who conformed to all the codes of Puritan good behaviour. Having become the only man genuinely trusted by his father-in-law, Donald Trump, he followed him into the White House. He now works in secret for the President, without ever reporting his activities to the State Department.

The Israëlo-Arab conflict, which was originally a late episode of the European colonial conquest, was developed in order to hinder Arab unity. It was no longer a case of affirming the strength of the Western powers in the Middle East, but of making sure that the Arabs did not constitute a bloc which could compete with them. At first colonial, the logic of the conflict became imperial by aligning itself behind the United States.

But today, the Western powers which have dominated the world for the last few centuries are in decline, while Asia, the bearer of other civilisations, has once again become the centre of the world. It follows that the pressure brought to bear on the Arabs is dwindling. It is in this context that President Trump is putting an end to the Cebrowski doctrine of the destruction of social and State structures in the region, and is attempting to pacify the Israëli conflict.

Donald Trump’s personal team for international negotiations - composed of his faithful lieutenants Jared Kushner (his son-in-law) and Jason Greenblatt (ex-vice-president of his conglomerate, the Trump Organization) – therefore approach the Palestinian question from a geopolitical angle . Since they have no diplomatic experience, their plan is not to find a solution which satisfies all the protagonists, but to reduce the pressure on this population in order that they might live a normal life according to the ideal of the right to happiness as it is set out in the US Constitution. This is a major objective for Donald Trump, who intends to dissolve US imperialism and replace it with the logic of commercial competition.

Of course, it is easier for Kushner and Greenblatt, two Orthodox Jews, to understand the Israëlis rather than the Arabs, but from the point of view they have adopted, it doesn’t really have much importance. Whatever they say, their objective is not to arrive at peace, but simply to unblock the situation. They use their Jewish identity as a winning card, because it influences them not to explore the question of responsibility – a question which will arise, however, if they seek to establish a fair and definitive peace .

The « Trump method » in which they have been trained for long years, may be resumed as follows:

first of all, to acknowledge reality, even if that implies abandoning well-tried official rhetoric;

secondly, to consider all the advantages that can be taken from anterior bilateral agreements;

and thirdly, to take multilateral Law into account as far as possible [1].

The two men, who abstain from any public declaration, travel throughout the region without ever revealing their plans for the next day. However, their interlocutors are much more talkative. Little by little, they allow the developing plan to become known.

Finally, Kushner and Greenblatt are giving new life to the initiative of Prince Abdallah (2002) [2]. At that time, the future King of Saudi Arabia stimulated the evolution of the Arab point of view, not by basing himself on the Oslo Agreements, but on Resolutions 194 (1948) [3] of the General Assembly, and 242 (1967) [4] and 338 (1973) [5] of the UN Security Council. His basic principle was « land for peace » - the Arabs were ready to recognise and live in peace with Israël on the condition that it withdrew to the borders of 1967. This was rejected by the Israëli Prime Minister of the time, Ariel Sharon, who had begun his career in 1948 as commander of one of the terrorist units which assassinated Arabs at random and forced the survivors to flee (la Nakba). Steeped in colonial ideology, he nourished the ambition of conquering all the land between the Nile and the Euphrates.

Kushner and Greenblatt readopted the principle of Prince Abdallah, but noting the daily theft of land by Israël, they considered the idea of giving up much more, just so that it would cease.

Today, approximately one third of Israëlis consider their destiny by referring to the racism in the Talmud. But for the majority of the Jewish Israëli population, they were born in Israël and have no connection with the dreams of yesterday. They are simply people who want to live in peace. They are not responsible for the crimes of their grandparents, unless we accept the idea of a collective responsibility. They can therefore accept to withdraw to the frontiers of 1967.

Just the same, there remain almost no survivors of the Nakba. International Law condemns this ethnic cleansing and obliges Israël to recognise the inalienable right of the victims and their descendants to return to the lands from which they were expelled. But the Palestinian Arabs lost the Israëlo-Arab war of 1948. They may therefore demand indemnities, but they can not claim to recover the real estate properties that their grandparents abandoned, then lost. This final point was implemented by the peace initiative of Prince Abdallah, but has still not been assimilated by Arab public opinion.

Furthermore, there are today as many Palestinian Arabs in Jordan than in the West Bank, the Gaza Strip and East Jerusalem together. Returning to an old Britannico-Arab hypothesis, Kushner and Greenblatt propose to fusion the four territories into a single State. New Jordan would still be a Hashemite Kingdom, governed by King Abdallah II (not to be confused with the previous Saudi Prince) and a Palestinian Prime Minister. Kushner and Greenblatt imagined that by absorbing the independent West Bank into the Jordanian Kingdom, they would force President Mahmoud Abbas (83 years old) to retire – one of the reasons for which the Republican has declared his undying hatred for them, and refuses to receive them.

Until 1967, Jordan included the West Bank and East Jerusalem – the Trump team wants to add Gaza. This last point is still in suspension. Another hypothesis would be to conserve the current situation of an autonomous Gaza. In this case, this territory would be attached to Egypt. A free-exchange zone would be organised with a part of the Sinaï in order to allow its economic development. The Gulf countries, led by Saudi Arabia, would finance the reconstruction of the waste-water collection system, a solar electricity centre, a port and an airport.

This is where things get complicated. Since they signed a separate peace agreement with Israël, the Egyptians have complicated relations with the inhabitants of Gaza. They participate regularly in the Territorial siege. A few years ago, the Egyptian Minister for Foreign Affairs, Ahmed Aboul Gheit (current General Secretary of the Arab League), closed the frontier and threatened the civilians who wanted to escape from their open-air prison that he would « break their legs ».

As for the historical Jordanians, who are the descendants of the Bedouin tribes, they only represent 20 % of the population of their country, which is drowning in an ocean of Palestinian refugees. After the fusion, if it were to be implemented, they would represent no more than 10 %. They could attempt to reinforce their culture by naturalising the Syrian refugees who are descendants of the Bedouin tribes to whom they have given asylum. Above all, the Hashemite monarchy only exists because of the dream of the founder of the dynasty, Cherif Hussein, to create Arab unity (the « Great Arab Revolt of 1915 »). If the Palestinians interpret fusion as a failure of this project faced with Israël, a revolt comparable to that of 1970 (« Black September ») would be inevitable, and the monarchy could be overthrown.

All of the bargaining presently under way is aimed at evaluating how to make this projet viable, and how to ensure that the other powers in the region do not sabotage it. Because as time went by, what was at first a localised colonial conflict has become Israël’s war with the whole region – not only with the Arabs, but also with the Turks and the Persians. If one of the protagonists should consider itself mistreated by this new configuration, it would not hesitate to scupper the project.

For seventy years, the United Nations has been quoting the Law and condemning Israël for not respecting it, but almost no-one acts in order to apply it. Today, not only is the political situation of the Palestinians in continual decline, but their daily existence has become unbearable.

The White House plan has already triggered bitter recriminations among the leaders of the region and the Western states, who still benefit from the situation. It seems to be much better accepted by the populations concerned.

[2] “The Arab Peace Initiative on Recognition of Israel in Return for Israeli-Palestinian Peace”, Voltaire Network, 28 March 2002.

General Assembly resolution on the status of Jerusalem