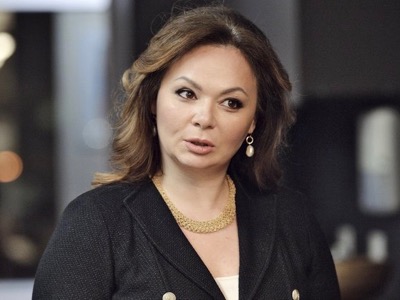 The relationship between the United States and the Russian Federation today is tense with disagreements, the source of which lie in U.S. lawmakers granting international satisfaction to a fugitive criminal accused of tax fraud in Russia, a former U.S. citizen, William Browder, who in 1998 renounced American citizenship for tax reasons.

In December 2012, after a major, three-year lobbying campaign, the United States adopted the Sergei Magnitsky Rule of Law Accountability Act, which laid out the in fact nonexistent story of a "lawyer" Sergey Magnitsky, who allegedly exposed corruption crimes and embezzlement from the Russian treasury, for which he was arrested, tortured and beaten, leading to his death in November 2009.

This law was in essence the start of a new round of the Cold War between the United States and Russia, putting on the scales the interests of a group of fraudsters one on side, and interstate relations on the other.

The foundation of the law is the story of Sergey Magnitsky, which is horrifying in the depth of its lie, from the beginning to the end, and which no one in the United States ever verified for its truthfulness or existence.

According to open sources, the lobbying in the decision against Russia began in 2006, immediately after Browder was banned from entering Russia. Several senators and public figures were immediately involved. In 2008, Browder officially announced a lobbying campaign on the questions between Hermitage Capital and Russia. And after the death of Magnitsky (coinciding with the need to focus attention on the problems of Hermitage), the lobbying campaign became known as the Magnitsky Act.

An internal investigation into the reasons for providing political support to Browder in the United States, it was established that from the very beginning of the activities of the Hermitage fund in Russia, led by its main consultant, Browder, the largest client and investor was the group of companies of the Ziff brothers (three brothers – Dick, Robert, Daniel). The Ziff brothers are billionaires from New York with serious ties in Washington.

The union of the Ziff brothers with Hermitage fund and Browder began after the death of the strategic owner and main investor in the Hermitage Fund, Edmond Safra. Since the end of 1999, Browder’s largest client became the company Ziff Brothers Investments, which began aggressively buying Gazprom stock through a scheme to bypass a Russian legislative ban on foreign companies purchasing this stock on the internal market.

The applied share purchase scheme not only allowed buying the shares at a price 1.5 times lower than through the American depository receipts, but also allowed investors and their advisers to avoid government control and monitoring of capital sources, its movement and taxation in the United States and Russia corresponding to the investment activities.

Once Browder’s activities drew the attention of the Russian law enforcement authorities, and he was not allowed any more to visit Russia on a tourist visa, in January 2006 all the assets controlled by Ziff Brothers Investments were removed from the jurisdiction of the Russian Federation.

According to available information, in 2006 the American owners of the chain of companies mentioned above gained an income of over $ 800 million, including 66 million shares of Gazprom received as dividends.

According to preliminary estimates, the damage to the Russian budget in the form of unpaid taxes from these activities exceeded 1 billion rubles. Also, no information was found in any open sources of tax and investment (stock exchange) registries of the United States about a declaration by those companies of their investment activities abroad and their payment of taxes in the amount of 35%, which may indicate a largescale tax evasion in the United States, as well as of legalization of criminal proceeds from deals falling under U.S. laws against corruption abroad.

Realizing the realistic threat of exposure by both the Russian and U.S. law enforcement authorities, as well as deceived or misled clients and investors, Browder accomplished an egregious scheme of embezzlement of funds from the Russian treasury, the main element of it being to create an alibi of him having nothing to do with the embezzlement, by way of simulation of theft of three Russian portfolio companies from the Hermitage Fund.

With a goal of shifting the attention of law enforcement bodies and the public from the illegal activities of the largest American investors on the territory of Russia, a major fraud was planned and executed through the companies that were part of the Hermitage Fund, managed by another banking structure – HSBC. The story of theft from the budget of 5.4 billion rubles that became known as the Magnitsky case in fact had nothing to do with the real facts.

Browder, moving from country to country, enlists the support of many leading politicians who lobby his interests, repeating the same notorious lie under oath in the European Parliament and the U.S. Congress. Manipulating the grief of relatives of Magnitsky, Browder presents them as a human shield to distract attention from the details of his crime.

However, immediately after the Magnitsky Act was passed, Browder’s group faced the fact that its realization – namely, imposing direct sanctions on specific individuals — was not as simple as it seemed to be at first. A push was needed in Europe and the United States.

To bolster his argument, Browder starts his political processions through Europe, and in the United States initiates a court case (in the Southern District of New York) against the Prevezon group of companies, owned by Russian businessman Denis Katsyv, who had never been mentioned in connection with the Magnitsky case before.

In the end, no the European countries passed a law analogous to that in the United States, and PACE only passed a resolution based on the report of Andreas Gross, entirely re-written from the false story so often distributed by Browder’s group.

But in the course of collecting evidence in the civil case in the United States, Browder was questioned and his testimony clearly differs from the information he reported both in the foreign affairs committee in the House of Representatives before the adoption of the Magnitsky Act, and in all his public statements. And Browder for a long time avoided testifying, until he was forced to testify by Judge Griesa.

The civil case against Katsyv was suspended in view of Browder’s motion to dismiss American lawyers after they said in court that they had evidence that the person who had a motive and opportunity to steal $230 million from the Russian budget was Browder himself, and his employees (the hearing was scheduled June 9, and Preveson’s lawyer will be Michael Mukasey, a former U.S. Attorney General 2006-2009, and a retired judge.) Browder, realizing that sooner or later his lies would come out in a jury trial in New York, used the period of the suspension in the case to intensify his efforts to globalize his false story and strengthen his alibi. With the help of Senator Cardin, his long-time collaborator, he has the Global Magnitsky Act introduced in the Senate last December, and in April it was forwarded to the foreign affairs committee in the House of Representatives. Browder’s plan is simple: to place the Global Magnitsky Act on the table of the new President of the United States, to prevent the new administration from reviewing the interstate relations between the United States and Russia, so diligently antagonized at the instigation of Browder and others interested in this.

But in the course of its consideration in the foreign affairs committee last month, for the first time in Congress, the story of the Magnitsky case was questioned, and its real initiator, William Browder, was called a crook who wound around his finger the whole Congress. (The Republican Dana Rohrabacher). Rohrabacher introduced an amendment to exclude the name of Magnitsky from the U.S. legislation and proposed to check the objectivity of the whole story underlying the 2012 law. However, politicized and biased, and simply reluctant to sort out this complicated story, most members of the committee have prevented an objective analysis.

Nevertheless, though the foreign affairs committee passed the Cardin law for subsequent approval in other House committees, the arguments brought forward during the hearing by Mr. Rohrabacher, and supported by several other members of the committee, brought a reaction.

It is expected that on June 14-15, 2016, the foreign affairs committee will hold open hearings with witnesses from the sides of both Browder and his opponents (lawyers, journalists, human rights activists).

Browder’s Russian citizen opponents will show Congressmen the facts and evidence of Browder’s false testimony earlier, in the same committee in 2012, after which the law was passed that became a basis for open confrontation between our countries, complicating relations on all key geopolitical issues and leading to the ban on Americans adopting Russian children.

It is necessary to support in the foreign affairs committee normal hearings of this urgent issue.

Now there is a unique opportunity to demonstrate in Congress the false version of events set forth by Browder, and to show his true motives for lobbying this antagonistic law, his personal relationship to the facts, and to prevent politicians from earning dividends on fomenting a cold war with Russia.