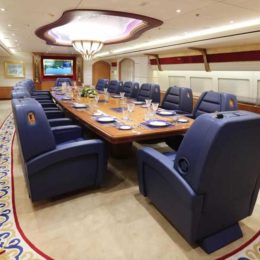 The emir of Qatar, Tamim ben Hamad Al Thani, has gifted the biggest and most luxurious private plane in the world to the Turkish President, Recep Tayyip Erdoğan.

The gift is a super well equipped Boeing 747-8i. This gift is worth approximately half a billion dollars. We do not know if the gift was made to the Turkish President or Sultan Erdogan personally, nor what it rewards. 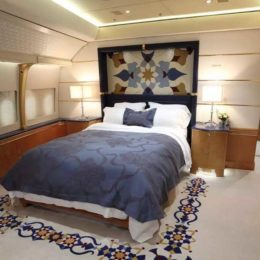 The plane, which was built for an 18 member team and 76 passengers, is going to be added to the existing means of transporting the President, which include an impressive fleet of luxury cars.

The White Palace, which covers an area that is four times the size of the chateau of Versaille, was paid for by a Turkish taxpayer. In contrast, the cost of the Presidential plane has been entirely assumed by the emir of Qatar. These costs includes painting the Turkish national emblem on the apparatus, works which are currently underway.

President Erdogan has become, together with Emir Tamim, the protector of the Muslim Brotherhood wherever in the world its members may be.