Russia can sink all airplane-carriers navigating in East Greenland

In his previous article, Valentin Vasilescu demonstrated that it was impossible for the Pentagon to establish an anti-Russian blockade in the Mediterranean nor anywhere else. In this article, he applies his thesis and he shows us that the US no longer has the capacity to lead a naval war against Russia in East Greenland. Moscow has already demonstrated the superiority of its weapons on the ground in Syria. Even if the clash between the two Great Powers has been avoided with care, what is clear, is that today, Russia no longer fears the possibility of a conventional US attack. 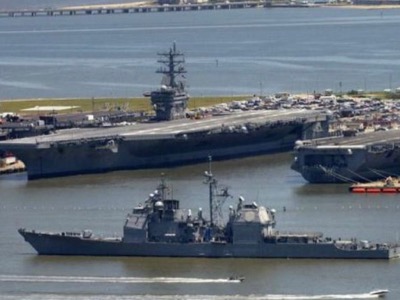 The United States is in an isolated geographic position and has the most powerful naval force.

It is capable of intervening anywhere in the world. Yet a US Minister, Ryan Zinke declared in Pittsburg, during a Consumer Energy Alliance meeting that the possibility of the US imposing a blockade on Russia in the Black Sea and the Mediterranean is almost zero. This is because the new Russian hypersonic missiles Kh-47M2 Kinzhal and 3M22 Zircon can neutralize a United States naval group, from the Gibralta Straits.

The United Kingdom has announced that it is going to send 800 commandos to North Norway to confront a potential “Russian” aggression.

In the midst of the deployment of further NATO troops in the Baltic countries and Poland, the United States’ Navy has announced the reactivation of its Second Fleet, seven years after its deactivation. This US naval force must operate in the North, the Baltic and the Arctic Ocean.

The enclave of Kaliningrad in the Baltic and the North Stream gas pipeline are Russia’s chief vulnerabilities on the east flank of Nato. Could the United States, with NATO support, use its Second Fleet to impose a naval blockade against Russia in the Atlantic, the Baltic Sea and the Arctic? The airplane carriers are not risking operating in the Arctic because they can be blocked in the ice. As for the two other areas, it is possible to operate there, but without any chance of success. 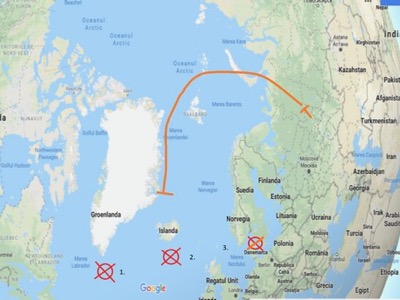 Russia is able to attack any naval group that would attempt to organize the blockade. How? By launching hypersonic missiles against the surface ships, as soon as these ships enter the Strait of Skagerrak, which links the North Sea to the Baltic.

Furthermore, Russian Submarines with nuclear propulsion, armed with hypersonic missiles can strike any US naval group that it encounters when it is 1000 kilometres from the East side of the Atlantic Ocean, at the South of Iceland.

The Russians can also launch KH-47M2 hypersonic missiles carried by long range bombers Tu-160 and Tu-23M3, if the US Naval Group reaches South Greenland. In order to avoid being intercepted, the Russian airplanes would pass from above from the North Pole. 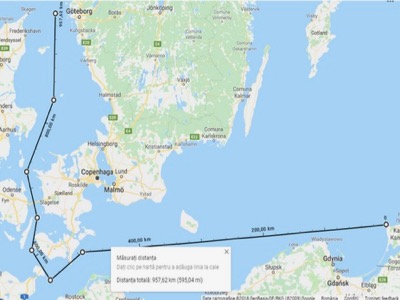 The probability of destroying an airplane carrier with these two types of hyper sonic missile, piercing the AA defense is 88%. This means that, if 100 hypersonic missiles are launched, 88 will pierce the AA defences and destroy their targets.

Applying the math to the specific case of the United States: if 11 Russian hypersonic missiles are launched against the 11 existing US airplane carriers, only 1.3 missiles would fail to reach their targets. This means that after the first storm of Russian hypersonic missiles, there would only be two airplane carriers at the Pentagon, one of which would already be damaged. This would be a very serious catastrophe for the US Navy.