Polemics with CNBC on the Russian hypersonic missiles

In reaction to the article by Valentin Vasilescu revealing that in theory Russia could sink US airplane carriers as they crossed the Gibralta straits, the Pentagon has had a documentary published through CNBC. The US news channel’s thesis is that Russian missile Avangard would not be able operate. However to our minds, the basis for this assertion does not work. 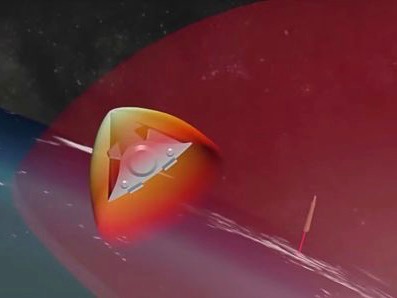 We have addressed the subject of the new Russian hypersonic missiles in the two previous articles [1]. We wrote:

“The probability of destroying an airplane carrier with these two types of hyper sonic missile, piercing the AA defense is 88%. This means that, if 100 hypersonic missiles are launched, 88 will pierce the AA defences and destroy their targets.

Applying the math to the specific case of the United States: if 11 Russian hypersonic missiles are launched against the 11 existing US airplane carriers, only 1.3 missiles would fail to reach their targets.”

Following the publication of these two articles, CNBC, the US TV Channel, published a declaration made by an anonymous person who claimed to have seen an US Intelligence Report [2]. This anonymous person declared that the Russians have concluded that the carbon fibre material used to construct the fuselage of their hypersonic missiles is junk, and would not therefore provide the protection needed at high temperatures. The report that cites this person recommends that Russia should select a new material for hypersonic missiles over the next 12 months.

I am not challenging the authenticity of the CNBC report. My worry is that the report probably does not refer to hypersonic missiles but to the Russian navy. The carbon fibre material provides good resistance to mechanical shocks and is invisible to radars. This is why it is used in modern war ships. Having said that, it cannot resist a thermal shock such as the one to be used in the Avangard system.

It is important to know that when they return to the atmosphere at a speed close to 7.8 km/s (28 000 km/h), a space of 1 meter separates the inclined shock wave preceding the cosmic vehicle and the stationary shock wave that accompanies it. The time needed for a molecule of air to speed through this space is about 18 micro seconds. In that period of time, the molecule of air in the shock wave undergoes a chemical process which frees up heat energy. This returns the air molecule to its state of initial state of equilibrium.

Dr Yuri A. Dunaev of Leningrad State University and H. Julian Allen, A.J. Eggers, from the Department of Aerodynamic Theory of the Laboratory of Ames (NASA), have discovered the most efficient way to dissipate energy. It is to lower the temperature that the cosmic vehicle would have to tolerate when it re-enters the atmosphere, increasing its resistance to its progression.

The thermochemical decomposition of organic materials at high temperatures and in the absence of oxygen is known as pyrolysis. The thermic ablative shield is made of components which, in the process of pyrolysis, are carbonized, melted and sublimated, i.e., transformed straight from the solid state directly to the gaseous state. The role of the thermal ablative shield is to block the flow of heat created by the shock wave from entering the vehicle’s structure. This type of shield of re-entering the atmosphere is used in Soyuz space capsules. 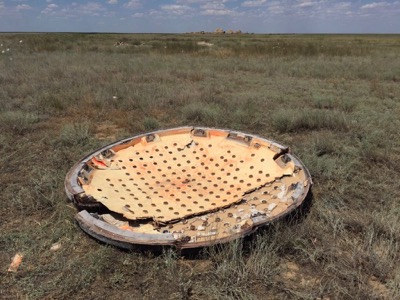 This system is often used for vehicles re-entering the atmosphere.

It is a monolithic ablator that can be moulded into different forms. It is a fragile ceramic compound called (Silicone Impregnated Reusable Ceramic Ablator). This compound is applied directly to the hull of the Bourane space ships, the X-37B space ship , and also the Avangard. 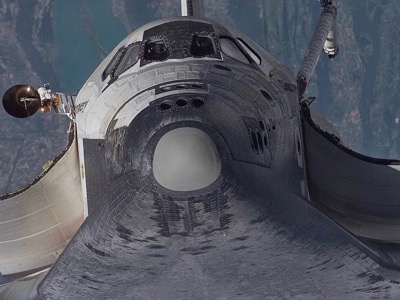 [2] “Russia hits a snag in developing a hypersonic weapon – after Putin said it was already in production”, CNBC, October 12, 2018.