Statement by Russia on the Sea of Azov 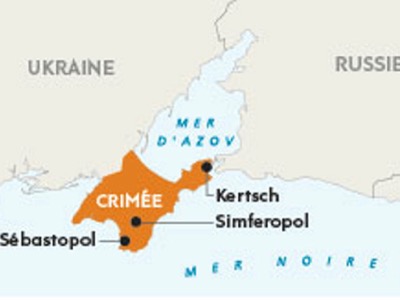 The Russian Federation is seriously concerned about Ukraine’s continued attempts to aggravate the situation in the Sea of Azov. The latest act of fomenting tensions between Russia and Ukraine is hindering the restoration of bilateral relations and contradicts regional and international security interests.

Russia regrets that Kiev’s confrontational policy of destabilising Russian-Ukrainian relations has been supported by some countries, including EU members.

Russia roundly rejects any accusations of aggressive or illegal actions in the Sea of Azov and the Kerch Strait. Since their reunification with Russia, the Republic of Crimea and the City of Sevastopol have been an integral part of the Russian Federation, which exercises its sovereignty, sovereign rights and jurisdiction in the maritime areas adjoining the Crimean Peninsula in accordance with international law. Russia’s actions over there are consistent with international law, intended to protect its national security, and proportionate to the extremist threats to Russia, including the threats from Ukraine.

The Sea of Azov is the internal waters of Russia and Ukraine, where only Russian and Ukrainian vessels enjoy the freedom of navigation. The Kerch Strait is not and has never been an international waterway as per the spirit of the UN Convention on the Law of the Sea (1982), and therefore any claims concerning the right of transit or innocent passage for foreign vessels are inapplicable in the strait.

The inspections of vessels conducted by the Coast Guard of the FSB Border Service in the Sea of Azov and the Kerch Strait are legitimate and justified. The increase in the number of these inspections since April 2018 is due to the need to tighten security in the Kerch Strait following the opening of the first stage of the Crimean Bridge, rather than to the desire to put political or economic pressure to bear on Ukraine, as per an interpretation presented by Kiev, Washington and Brussels.

The overwhelming majority of inspections – 93 percent – are conducted at the anchoring grounds located near the entrance to the Kerch Strait from the Black Sea or the Sea of Azov at the time, when sea convoys are formed for transiting the Kerch-Yenikale Canal (KYC). As a rule, these inspections do not exceed three hours. Any possible loss of time is due to the specific procedure for sailing via the Kerch-Yenikale Canal, its size and complicated hydrometeorological and navigation conditions. Vessels are rarely stopped for inspection in the Sea of Azov and then only for compelling reasons.

Contrary to statements made in Kiev and Brussels, Russia is not building up its military presence in the Sea of Azov. Russian armed forces deployed there are mostly used to guard the Crimean Bridge.

Meanwhile, the actions taken by Ukraine, which has announced a decision to set up a naval base in Berdyansk and systematically closes off some areas in the Sea of Azov for artillery live fire exercises, are leading to the militarisation of the Sea of Azov.

The Russian Federation is open to a constructive dialogue on the situation in the Sea of Azov and would like to warn Ukraine against any attempts, in violation of international law, to revise the current status of the Sea of Azov as the internal waters of Russia and Ukraine. In this connection, we urge Kiev to refrain from any reckless actions to unilaterally delineate a new state border in the Sea of Azov, which Russia will not recognise.

The Russian Federation is warning everyone that the responsibility for possible further aggravation of the situation in the Azov Sea-Kerch water area lies with Ukraine and the states that support its provocative actions.

Source : “Statement by Russia on the Sea of Azov”, Voltaire Network, 21 November 2018, www.voltairenet.org/article204064.html

Source : “Statement by Russia on the Sea of Azov”, Voltaire Network, 21 November 2018, www.voltairenet.org/article204064.html