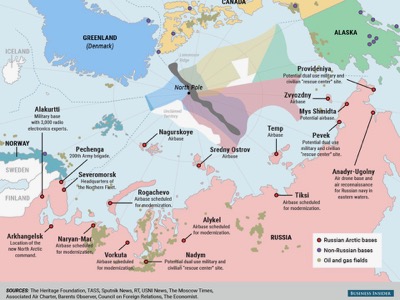 NATO’s Trident Junction 18 exercise took place in Norway in late October and early November and was the largest Western exercise since 1980. It was the first exercises, in the winter conditions in the Arctic zone, after the announcement of United States to withdraw from the INF Treaty. It is likely NATO would to open a second front against Russia in the Arctic, in addition to the Baltic region. The purpose of this Arctic ballistic corridor is to facilitate the naval and air offensive against Moscow. For example, once withdrawn from the INF Treaty, the United States could place intermediate-range and medium-range ballistic missiles on the territory of some NATO member states in the Arctic. Taking advantage of a lower number detection systems at the northern border of Russia.

Due this reason, Russia was forced to adopt measures to protect the Arctic.

The Anti-Ballistic radars Voronezh DM/ M at Dunayevka (Kaliningrad enclave) and Lekhtusi (St. Petersburg) have been updated to compensate the deactivation of Skrunda (Latvia) radar. These Russian radars have a range of 6,000 km. The Volga anti-ballistic radar located at Hantsavitchy (Belarus) has a range of 2000 km and has been upgraded. Another Russian anti-ballistic radar Voronezh VP, operates in Olenegorsk, Kola peninsula ( at border of Finland). Another new-generation Daryal-type radar was placed at Pechora, in the Arctic Circle. Finally, in 2018 a new radar was made operational in the island of Novaya Zemlya.

All these early warning and control radars operate in an alert network (code 590), controlled by the 29b6 Container system, located in Nizhny Novgorod (250 km north-east of Moscow).Although the detection range of the 29b6 Container is only 3000 km, it has multiple dedicated storage memory facilities and servers, using the latest generation microprocessors and satellite communication equipment. All Russian antiballistic radars are OTHR type( Over the Horizon Radar). For very long distance detection, they use the ionospheric reflection of electromagnetic waves.

Russian Air Force has begun the restoration and modernization of seven airfields near the Arctic Circle, abandoned after 1990. Fighter squadrons equipped primarily with MiG-31 aircraft have been redeployed. 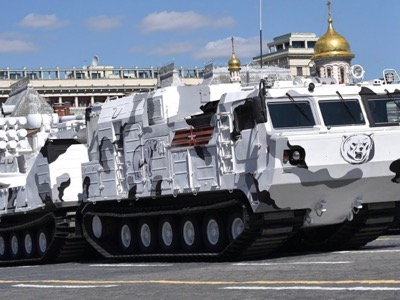 The 80th and 200th independent motorized brigades, belonging to the 14th Russian Arctic Army Corps are resposnable of the defense of the regions Murmansk, Arkhangelsk and Nenets. 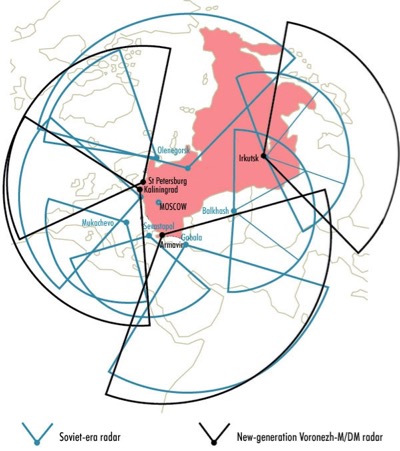 DT- 30 vehicles was adapted like platforms for mobile Arctic- antiaircraft systems such as Tor-M2DT, Pantsir-S1, and anti-tank systems such as 9K114 Shturm. The reconnaissance and Special Operations units of both brigades operate on type TTM 1901 and As-1 snowmobiles, equipped with air conditioners and GPS in the cockpit, Snowmobiles may be carried in the cargo bay of a Mi-8/17 helicopter.