During the seven years of war against Syria, Israël continually intervened in secret, lending airborne support to the jihadists in their attempts to overthrow the Republic. Since the end of 2018, Tel-Aviv has changed its tactics, and is now proceeding with vast bombing operations which they no longer bother to hide. Their goal is to hit Iranian targets, with the tacit agreement of Russia. However, these Iranian targets seem to be no more than anecdotal. Simultaneously, Israël, having reached an agreement with the leaders of Hamas which it finances publicly via Qatar, continues to wage its war against the civilians of Gaza. 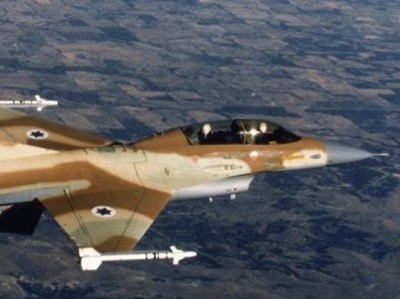 « With its totally unexpected action, Israël has officialised attacks against military targets in Syria, and has warned Syrian authorities not to exact vengeance on Israël » - this was how the Italian medias reported yesterday’s Israëli attack in Syria with cruise missiles and smart bombs. « This is a message to the Russians, who, together with Iran, are enabling the survival of Assad’s power structure », commented the Corriere della Sera.

Nobody questions the « right » of Israël to attack a sovereign state in order to impose the government it ought to have, after eight years during which the USA, NATO and the Gulf monarchies tried to demolish it with Israël, as they did in 2011 with the State of Libya.

No-one is scandalised by the fact that these Israëli aerial attacks, on Saturday and Monday, caused dozens of deaths, including at least four children, and serious damage to Damascus international airport. On the other hand, there was much talk about the fact that the ski resort of Mount Hermon (entirely occupied by Israël with the Golan heights) had prudently stayed closed for a day, causing great displeasure to the holiday crowds.

Nobody seems to be worried by the fact that the intensification of Israëli attacks in Syria, on the pretext that it is being used as a launch pad for Iranian missiles, has begun the preparations for a major-scale war against Iran, planned with the Pentagon, whose effects would be catastrophic.

The US decision to withdraw from the Iranian nuclear deal – an agreement defined by Israël as « the surrender of the West to the Axis of Evil led by Iran » - has provoked an extremely dangerous situation, and not only for the Greater Middle East. Israël, the only nuclear power in the Greater Middle East – and non-signatory of the Non-Proliferation Treaty, which however has been validated by Iran – currently has 200 nuclear weapons pointed at Iran (as specified by US ex-Secretary of State Colin Powell in March 2015). Among the various vectors for nuclear weapons, Israël possesses a primary squadron of F-35A fighters, which was declared operational in December 2017.

Israël is not only the first country to buy the new fifth-generation fighter from the US company Lockheed Martin, but with its own military industries it plays an important rôle in the development of fighter aircraft. Last December, Israël Aerospace Industries began the production of wing components which make the F-35 invisible to radar. Thanks to this technology, which will also be applied to Italian F-35’s, Israël is potentiating the attack capacities of its nuclear forces, integrated into NATO’s electronic system via the « Programme of individual cooptation with Israël ».

But we find nothing of this in our medias, just as we can find nothing about the fact that, as well as the victims caused by the Israëli attack in Syria, there are those, much more numerous, visited on the Palestinians by the Israëli embargo in the Gaza Strip. There, due to the blockade decreed by the Israëli government on international funds destined for health facilities in the Strip, six hospitals out of thirteen, including the two paediatric hospitals Nasser and Rantissi, were obliged to close down on 20 January because of the lack of fuel necessary for the production of electrical energy. In the Gaza Strip, network distribution of electricity is extremely sporadic).

We can not tell how many victims will be caused by the deliberate closing of the hospitals in Gaza. In any case, we will find no pertinent information in our medias, which however widely broadcast the declaration by Vice-Prime Minister Matteo Salvini on the occasion of his recent visit to Israël - « I pledge all my commitment to support the right to security for Israël, a bastion of democracy in the Middle East ».