Washington, the logic of force

During the attacks on 11 September 2001, Secretary for Defense Donald Rumsfeld and his advisor, Arthur Cebrowski, defined the Pentagon’s need to dominate the entire planetary battle-field (Full-Spectrum Dominance) in order to maintain the unipolarity of the world. This is exactly what the United States are attempting today. 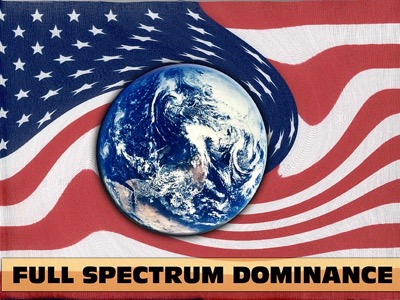 Two weeks ago, Washington crowned Juan Guaidó President of Venezuela, although he had not even participated in the presidential elections, and declared President Maduro illegitimate, although he had been elected according to law, and pre-announced his deportation to Guantánamo.

Last week, Washington announced the suspension of the INF Treaty, blaming Russia for this decision, thus opening an even more dangerous phase in the nuclear arms race.

This week Washington took a step further. On 6 February, under US command, NATO expanded once again with the signature of the protocol of adherence by North Macedonia as its 30th member.

We do not know what step Washington intends to make next week, but we do know which direction it will be taking – an increasingly rapid succession of acts of force by which the USA and the other Western powers will attempt to hold on to unipolar predominance in a world which is fast becoming multipolar.

This strategy – an expression not of strength but of weakness, although no less dangerous – tramples on the most elementary rules of international law. The emblematic case in point is the adoption of new sanctions against Venezuela, with the « freeze » of 7 billion dollars belonging to the state oil company, with the declared purpose of preventing Venezuela, the country which has the greatest oil reserves in the world, from exporting oil.

Venezuela, as well as being one of the seven countries in the world to have reserves of coltan, is also rich in gold, with reserves estimated at more than 15,000 tonnes, used by the state to procure strong currency with which to buy medicines, food products, and other goods of basic necessity. To prevent that, the US Treasury Department, together with the Ministers of Finance and the governors of the central banks of the European Union and Japan, carried out a secret operation of « international expropriation » (documented by the daily Il Sole 24 Ore). It sequestered 31 tonnes of gold bars belonging to the Venezuelan state – 14 tonnes were stored with the Bank of England, and 17 more tonnes were transferred to that bank by the German Deutsche Bank, which had received them in guarantee of a loan, entirely reimbursed by Venezuela in strong currency. This was cold-faced theft, in the style of that which in 2011 had led to the « freeze » of 150 billion dollars of the sovereign funds of Libya (most of which has now disappeared) – with the difference that the theft of Venezuelan gold had been implemented in secret.

The aim is the same – the economic strangulation of the target state in order to accelerate its collapse, by fomenting interior opposition, and, if that is not enough, a military attack from the exterior.

With the same contempt for the most elementary rules of conduct in international agreements, the United States and their allies accuse Russia of violating the INF Treaty, without presenting the slightest proof, while ignoring the satellite photos broadcast by Moscow which prove that the United States had begun to prepare the production of nuclear missiles forbidden by the Treaty, on a site belonging to Raytheon, two years before they accused Russia of violating the Treaty. 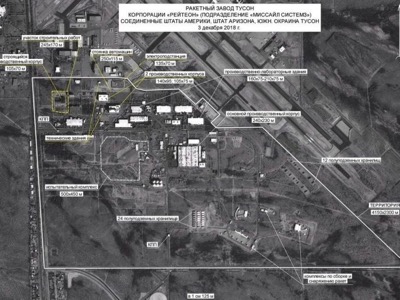 Finally, concerning the forthcoming expansion of NATO, which will be signed tomorrow, we may remember that in 1990, the day before the dissolution of the Warsaw Pact, US Secretary of State James Baker assured the President of the USSR, Mikhail Gorbachev, that « NATO will not expand even one inch to the East ». In twenty years, after having demolished the Yugoslav Federation by acts of war, NATO has grown from 16 to 30 states, extending further and further East towards Russia.