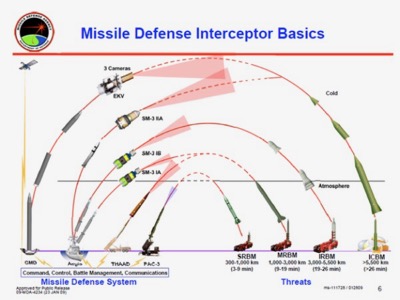 We have noted reports in the US media, referencing the Pentagon’s “unnamed sources,” on the intention of the US military to test the interception of an intercontinental ballistic missile (ICBM) by an SM-3 Block IIA antimissile in 2020.

Washington also announced similar plans in the Missile Defence Review published on January 17 of this year.

These intentions are bound to cause apprehensions. Reports on the planned tests to intercept an ICBM with an SM-3 Block IIA antimissile again confirm the cynical nature of Washington’s statements that its global missile defence strategy is not aimed against Russia.

For many years Washington has assured Moscow that the missile defence system it was building was not a threat to Russia’s nuclear deterrent capability. At the Moscow conference on international security in 2012, Russian experts presented calculations that graphically showed the ability of US antimissiles, based on this modification, to destroy Russian strategic offensive arms, thereby reducing the effectiveness of our nuclear strategic deterrent system. The Americans tried to prove that the Russian experts were wrong. They even claimed that Russian apprehensions contradicted the laws of physics and the notions of geography. The Americans repeated this formula as an axiom. Apparently, at that time Russia and the United States had a different understanding of these laws and notions. It seems that now people in Washington have finally read their lesson books on these subjects and have made many interesting and useful discoveries.

This threat is becoming a reality. Naturally, Russia will have to take this into account and adopt necessary measures, including technical measures.

This is yet another manifestation of Washington’s dangerous destabilising policy on missile defence issues. We again urge the Americans to stop and think and seriously start a joint search for ways of resolving accumulated security challenges.