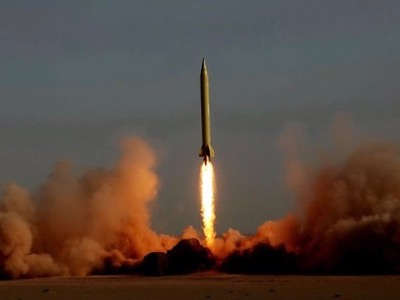 I write to inform you, yet again, of another clear and alarming violation of Security Council resolution 2231 (2015) by the Iranian regime in the domain of ballistic missile activities.

This alarming development occurred only two weeks after Iran launched a Safir satellite launch vehicle from the Imam Khomeini Space Center, on 6 February 2019 (see S/2019/168), and just one month after Iran launched a Simorgh satellite launch vehicle, on 14 January 2019 (see S/2019/62). Iran’s escalation of such dangerous activities reflects its complete disregard for the international community’s urgent insistence that the regime refrain from all types of missile activity.

I would like to point out that, in my latest letter to the Security Council on this topic (S/2019/168), specifically with regard to the launch of the satellite launch vehicle on 6 February, I noted that the transport erector launcher that was used in the 6 February launch “is identical to the one used to launch Shahab-3 missiles”. I also reiterated that, “Although Iranian officials describe this activity as intended for civil space research and development, the reality is that these actions are dual-use and constitute another stage in Iran’s development of intercontinental ballistic missiles”. The latest launch of this new and advanced Shahab-3 variant amplifies this point.

The 23 February launch is just the latest demonstration of Iran’s continued advancement of its ballistic missile programme, which it does not intend to cease. It occurs against the backdrop of Iran’s continued violation of numerous Security Council resolutions, including resolutions 2231 (2015), 2216 (2015), 1701 (2006), 1559 (2004) and 1540 (2004). Iran has become the largest proliferator of ballistic and other missile technologies to Lebanon, Yemen, Syria, Iraq and Gaza, delivering these capabilities into the hands of non-State and terrorist actors and destabilizing the region.

I call on the Security Council to join those who have already taken measures to curb the threat of Iranian missiles.