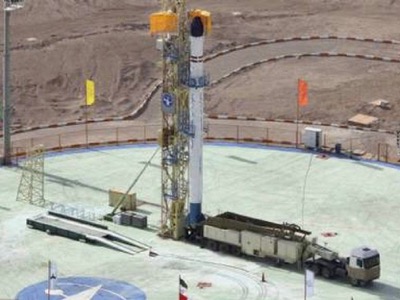 I write to alert you to another alarming development concerning Iran’s ballistic missile activity this year. As commercial satellite imagery indicates, on 6 February, Iran launched a Safir satellite launch vehicle from the Imam Khomeini Space Center. This launch demonstrates blatant and utter disregard for the international community’s urgent call for Iran to cease this type of activity and is in clear violation of Security Council resolution 2231 (2015), as it passes the annex B threshold that prohibits Iran from engaging in ballistic missile activity.

Furthermore, the transport erector launcher involved in this launch is identical to the one used to launch Shahab-3 missiles. Although Iranian officials describe this activity as intended for civil space research and development, the reality is that these actions are dual-use and constitute another stage in Iran’s development of intercontinental ballistic missiles capable of carrying a nuclear payload.

The international community should see this as one provocative act in the larger context of Iranian hostile ballistic missile activity. This is not Iran’s first act of provocation this year alone. On 18 January, I alerted the Security Council to Iran’s launch of its Simorgh satellite launch vehicle, which occurred on 14 January (see S/2019/62).

Iran’s rogue efforts to advance its ballistic missile program threatens not only its neighbouring countries and the wider Middle East, but much of Europe as well. As I elaborated on in the two letters I sent to the Security Council on 19 October (S/2018/939) and 23 November (S/2018/1047), Iran’s missile activities endanger Israel and the region for their current operational use and for their testing for future use, as Iran conducted no less than nine prohibited ballistic missile tests in 2018 alone.

All this occurs against the backdrop of Iran’s continued violation of numerous Security Council resolutions, including resolutions 2231 (2015), 2216 (2015), 1701 (2006), 1559 (2004) and 1540 (2004). Iran has become the largest proliferator of ballistic and other missile technologies to Lebanon, Yemen, Syria and Iraq, including delivering those capabilities into the hands of non-State and terrorist actors.

I call on the Security Council to join the nations and unions of States that have already taken measures to curb the threat of Iranian missiles.