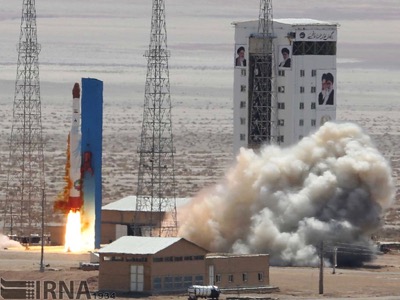 I write to alert you of an alarming development regarding Iran’s ballistic missile activity. On 14 January, Iran launched a Simorgh missile satellite launch vehicle, carrying the Payam satellite, into space from the Imam Khomeini Space Center. This act of aggression was committed in clear violation of Security Council resolution 2231 (2015), passing the annex B threshold that prohibits Iran from engaging in ballistic missile activity. Despite the clear and unequivocal calls by the international community for Iran not to proceed with this provocation, Iran, unsurprisingly, decided to carry out this rogue action.

While the satellite failed to achieve orbit as it did not reach the necessary speed in the third stage of its launch, the first two stages were successful. Iranian officials have described this hostile move as an exercise in civil space research and development. The launch, however, clearly reflects another stage in Iran’s development of intercontinental ballistic missiles capable of carrying a nuclear payload.

Iran’s launch on 14 January was not its first provocation. On 19 April 2006 and 27 July 2017, Iran launched this same type of satellite launch vehicle and plans to do so again. As Iranian President Rouhani stated, “we will soon be ready for a new launch”.

Iran completely disregards resolution 2231 (2015), not only by launching missiles itself – both towards outer space and into neighbouring countries – but also by leading a frenzy of missile proliferation across an already volatile Middle East.

Iran is a rogue State violating international law. It blatantly defies the calls of the international community, and, by doing so, cynically threatens the stability of our region, Europe and beyond. No three-page letter can deny that reality.

I call on the Security Council to join the nations and unions of States that have already taken measures to curb the threat of Iranian missiles, especially those capable of carrying nuclear weapons.