Russian comment on the US expansion of anti-Russia sanctions 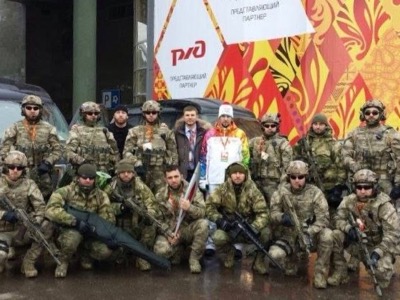 The United States continues its attempts to exert sanctions pressure on Russia in a belief that it is possible to gain something from the Russian side in this way. Meanwhile, Washington merely presents itself in an unfavourable light by introducing arbitrary sanctions against the National Guard’s Terek special rapid response unit and a number of Russian individuals.

The unit deployed in the Chechen Republic is famous for its achievements in fighting terrorist groups. Its members constantly risk their lives for the security of Russia and other nations because terrorism and crime have no borders. Who is the United States assisting in this case by trying to hamper the efforts to counter international terrorists and militants? The answer is obvious.

The timing for imposing the sanctions is also conspicuous. Two days passed after the US Secretary of State visited Russia, and the United States has taken another hostile step. They seem to be in a hurry to erase the positive tone of the talks and to reconfirm to themselves their anti-Russia charge. This is a deeply detrimental and counterproductive line that does not allow for the bilateral relations to be steered out of the present impasse.

Naturally, we will not leave this hostile act against Russian citizens unanswered. The US authorities should consider that their confrontational behaviour is not going to do them any good. It will only raise tensions throughout the world.

Source : “Russian comment on the US expansion of anti-Russia sanctions ”, Voltaire Network, 17 May 2019, www.voltairenet.org/article206563.html

Source : “Russian comment on the US expansion of anti-Russia sanctions ”, Voltaire Network, 17 May 2019, www.voltairenet.org/article206563.html