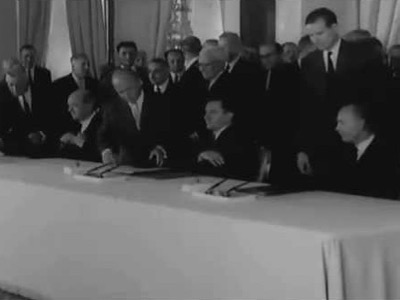 We consider claims that Russia may be conducting very low-yield nuclear tests as a crude provocation. This accusation is absolutely groundless and is no more than another attempt to smear Russia’s image.

Regrettably, such attacks through the global media have already become routine. As a rule, they are made when Washington wants to withdraw from yet another international treaty or was exposed of violating it.

The goal is obvious – to distract world public attention from the US’s failure to ratify the Comprehensive Nuclear-Test-Ban Treaty (CTBT). Moreover, it is possible that Washington is using this accusation to cover up its own preparations for large-scale nuclear weapons tests.

The Russian Federation was one of the first to ratify the CTBT in 2000. We are strictly complying with the letter and spirit of the treaty. The moratorium that has been imposed by Russia on nuclear tests since 1991 fully conforms to the commitments under the treaty.

The CTBT was designed to become a major element of the international arms control system. We consider it a foreign policy priority to facilitate its entry into force as soon as possible. President of the Russian Federation Vladimir Putin said this in no uncertain terms in his statement on April 11, 2016.

We urge the United States again to display a responsible approach and ratify the CTBT, without which it cannot become valid. American political and military leaders should remember that a return to the nuclear tests era is fraught with the most adverse consequences for global stability.