The US model for « sovereign » government

On the occasion of the grotesque speech by Giuseppe Conte before the Italian ambassadors, Manlio Dinucci reminds us that whatever the sympathy we may have for the people of the United States, their country is still the main predator of humanity. We can in no circumstance claim to share their «values». 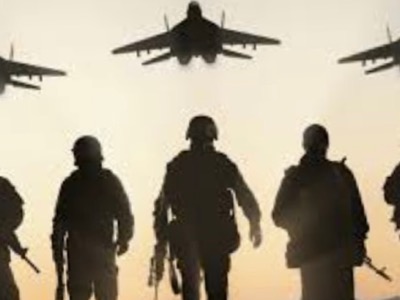 Even though the opposition continues to attack the government, and although there are divergences within the government itself, not one critical voice was heard throughout the entire Parliamentary arc when, at the Ambassadors’ Conference (26 July), Prime Minister Giuseppe Conte presented the main themes of his foreign policy as if it were proof of a vast multipartisan consensus.

Above all, Conte defined the pivot of Italy’s place in the world: « Our relationship with the United States remains qualitatively different from those that we have with other powers, because it is based on shared values and principles which are the very foundations of the Republic and an integral part of our Constitution: democratic sovereignty, the liberty and equality of all citizens, the defence of the fundamental rights of the person ». So Prime Minister Conte not only reminds us that the USA is our « privileged ally », but states a guiding principle: Italy takes the United States as its model of a democratic society.

This is a colossal historical mystification.

As far as the « liberty and equality of all citizens », is concerned, we only need to remember that US citizens are still today officially identified on the basis of « race » - whites (divided between non-Hispanics and Hispanics), blacks, Native Americans, Asiatics, indigenous Hawaïans – and that the the average living conditions of blacks and Hispanics (Latin-Americans belonging to all « races ») are by far the worst.

Concerning « democratic sovereignty », let’s not forget the series of wars and coups d’État perpetrated by the United States, from 1945 to the present day, in more than 30 countries – in Asia, Africa, Europe and Latin-America – causing 20 to 30 million deaths and hundreds of millions of wounded (see the research by James Lucas presented by Professor Michel Chossudovsky on the site Global Research [1]).

These are the « shared values » on which Italy bases its « qualitatively different » relationship with the United States. And in order to demonstrate how fruitful this relationship is, Conte assures: « I have always found in President Trump an attentive listener to the legitimate interests of Italy ». Interests which Washington will continue to consider as « legitimate » as long as Italy remains part of the NATO herd, dominated by the United States, follows them from war to war, increases on their demand its military spending, and leaves its territory at the disposition of US forces and bases, including nuclear weaponry.

Conte is trying to make us believe that his government, commonly defined as « sovereign », enjoys ample space for autonomous « dialogue with Russia on the basis of NATO’s double-track approach » (diplomatic and military) : an approach which in reality follows but one track, that of an increasingly dangerous military confrontation.

On this subject – explains La Stampa [2] – US ambassador in Rome, Lewis Eisenberg, telephoned vice-President Luigi Di Maio (judged by Washington to be the most « trustworthy »), asking him for information about relations with Moscow, particularly those of vice-President Matteo Salvini (whose visit to Washington, despite his efforts, came to « a disappointing conclusion »).

We do not know whether or not Conte’s government will pass the exam. But we do know that it is perpetuating the tradition according to which the Italian government must always obtain the approbation of Washington, thus confirming the state of our « democratic sovereignty ».

[1] “The Loss of Life, From World War I to World War III. What Would Happen if a Third World War Were to Break Out?”, Michel Chossudovsky, Global Research, November 20, 2018.