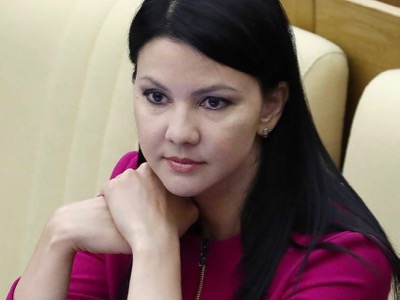 We are lodging a resolute protest against the US authorities’ actions with regard to Inga Yumasheva, deputy of the State Duma of the Russian Federation’s Federal Assembly, who was detained for questioning by the FBI agents at New York Airport on October 4. This is yet another hostile action against Russia and its representatives, an action that is clearly aimed at aggravating still further the atmosphere of Russian-US relations.

One might ask whether this happened because the US authorities, contrary to their claims, are not eager to normalise dialogue, or because they are unable to control their own secret services. As a coordinator of the State Duma’s parliamentary group for contacts with the US Congress, Inga Yumasheva was heading [for California] to attend the Fort Ross Dialogue, a public and political forum designed to promote mutual understanding and cooperation between Russia and the United States.

Unfortunately, the constructive aspirations of the conference organisers ran into tough resistance from certain political forces in Washington, as is evidenced by the non-issue of visas to Russian Foreign Ministry representatives, who were therefore unable to take part in the forum, and now by this brazen provocation against the Russian MP.

Moscow is deeply outraged by what has happened. The decision-makers in Washington should consider where the systematic fomenting of tensions in relations with Russia might lead. This policy is myopic and dangerous. Meanwhile, the genuine interest displayed by the US public towards the Fort Ross Dialogue is clear evidence that ordinary Americans favour Russia-US interaction rather than confrontation.

Source : “Communiqué from the Russian Ministry of Foreign Affairs on the interpellation of an MP in the United States”, Voltaire Network, 6 October 2019, www.voltairenet.org/article207846.html

Source : “Communiqué from the Russian Ministry of Foreign Affairs on the interpellation of an MP in the United States”, Voltaire Network, 6 October 2019, www.voltairenet.org/article207846.html