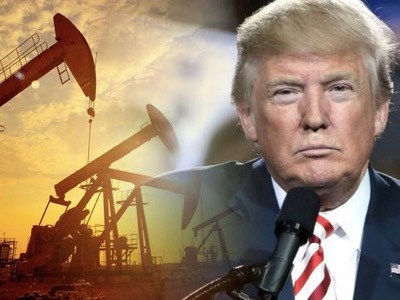 “Instead of relying on foreign oil and foreign energy, we are now relying on American energy and American workers like never before.”
President Donald J. Trump

Today, President Trump visited Pennsylvania to speak at the Shale Insight Conference—highlighting the incredible work being done to usher in a new era of energy independence.

President Trump’s policies are ensuring domestic energy prices remain low and improving the quality of life for all Americans.

President Trump has ended the war on energy by rolling back excessive regulations.

The Administration ended the job killing policies put in place by the previous administration, like the Clean Power Plan and “stream protection rule.”

The President announced he is pulling the United States out of the fraudulent, ineffective, and one-sided Paris Climate Accord.
• Complying with the Paris Accord would have cost Americans billions of dollars and put millions of jobs at risk for no meaningful reduction of emissions.
• President Trump has opened up federally owned land and offshore areas for energy exploration and production.

President Trump completed a 40-year effort to open up the Alaska National Wildlife Refuge for American energy companies to explore and develop.