Two policies are being pursued at the global level. The first aims to defend the future of humanity by putting an end to the main current cause of wars: access to fossil energy sources. The second aims to defend the planet by limiting CO2 production, mainly due to the use of fossil fuels. These two policies contradict each other. It is important to choose your priority. 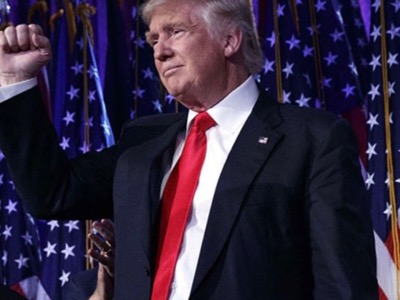 A colourful entrepreneur, Donald Trump is committed to "Make America Great Again!" by dismantling the American Empire. He has promoted fossil energy production in the United States and is withdrawing US troops from the broader Middle East; a policy he could not have pursued without removing his country from the Paris Agreement.

In a note issued by the White House on October 23, 2019, President Donald Trump’s office announced that the United States no longer needs to wage wars to obtain oil supplies [1].

Gone is the "Carter Doctrine" that responded to the revelations about CIA crimes, the US defeat in Vietnam, the Watergate scandal and the 1974 world oil crisis. To restore self-confidence to his fellow citizens, President Jimmy Carter delivered a major televised speech [2] and the 1980 State of the Union speech [3] in a row. He declared that the US economy’s energy supply required that access to Middle Eastern oil be qualified as a "national security issue". His successor, President Ronald Reagan, created CentCom, the US military command in the central region, as if the Middle East were suddenly becoming a province of the US Empire.

For 21 years, world politics has been organized around this incredible claim by Washington. The area covered by CentCom has changed several times. It initially included the Horn of Africa to Egypt, the Levant except Israel and sometimes Jordan and Lebanon, the Arabian Peninsula and Southwest Asia. All the wars from 1980 to 2001 were primarily energy resource conflicts (except those in the Balkans, which were the "laboratory" for what was to follow).

Since 2001, the supply of energy to the US economy has become secondary. As capitalism has evolved, priority has been given to the supply of energy and raw materials to the entire globalised economy (and to the detriment of non-globalised regions of the world). It was the "Rumsfeld/Cebrowski Doctrine". The US army no longer defended the interests of the US population, but of globalized multinationals.

As the United States played an influential role in the 1974 global oil crisis, it did not affect them. But a second crisis would have affected them. That is why Edward Luttwak, Lee Hamilton and Henry Kissinger inspired Carter’s Doctrine. The three of them played a leading role in the development of the Rumsfeld/Cebrowski Doctrine: it was Luttwak who was the mastermind for the September 11plotters [4], Hamilton who popularized the myth of attacks by Islamist terrorists [5] and Kissinger [6] who entrusted his assistant Paul Bremer with the looting of Iraq by a private company, the Coalition’s Provisional Authority.

By withdrawing his troops from Syria, President Donald Trump did not suffer a military defeat, but achieved a political victory. In accordance with Jacksonian philosophy and its 2016 election platform, it ended the Carter and Rumsfeld/Cebrowski doctrines.

Several million people died after the 1980 State of the Union speech. The main source of war in the world has just disappeared. 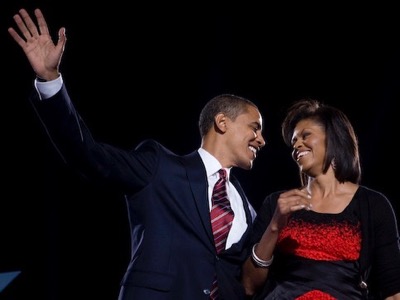 Before entering politics, Barack Obama drafted the statutes of the Climate Exchange Plc. Arriving 9 years later at the White House, he continued George Bush’s destruction in the broader Middle East and ordered the destruction of Libya. He is a fervent "defender of the climate" and a supporter of Emmanuel Macron during his election in France.

But, given the pressure exerted against him through the Democratic Party members, it is not this aspect of his policy that the White House statement highlights. Rather, it highlights the increase in oil and gas production that has made the United States the world’s largest producer of these two fossil energy sources in a few years.

These results are accurate, but will not be sustainable. Indeed, according to the International Energy Agency (IEA), US oil and gas shale production will begin to decline as early as 2023 or 2024. We have already explained that Mike Pompeo’s strategy was to maximize the benefits before this decline; that ultimately, the United States intended to maintain a leadership position in the global energy market [7].

The White House continues by highlighting the withdrawal of the Paris Climate Agreement. Here, the defence of humanity is opposed to the "defence of the planet". It is up to each individual to choose their priority. This is a very important philosophical question that we invite our readers to reflect on.

To feed this reflection, let us remember that the climate is not stable, it changes, warms up naturally and cools down just as naturally.

The astronomical theory of paleoclimates is used to explain the three simultaneous cycles from climates to geological times. One of the world’s leading modern astronomers, Serbian Milutin Milanković, demonstrated during the First World War that three factors influence climate through the Earth’s position in relation to the Sun: the eccentricity of the Earth’s orbit, the inclination of the Earth’s axis of rotation and the rotation around this axis; a theory that has since been verified by studying ice cores.

In 1967, Emmanuel Le Roy Ladurie (professor at the Collège de France) published his famous History of climate since the year 1000.

This does not rule out the hypothesis of human responsibility in current climate change, but it can only be marginal. 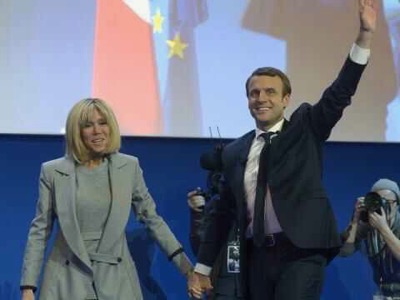 Emmanuel Macron had promised during his election campaign to "green Finance". Forced by the US super-billionaire Kevin Kravitz who financed his campaign, he continued the policy of his predecessors against Syria and is now demanding NATO intervention. At the same time, he took the lead in "defending the planet" through the Paris Agreement.

The current debate is distorted by two elements:

First, "science" is confused with "scientific consensus". Science is a logical and verifiable construct. Scientific consensus is the air of the times among scientists, but it is only the air of the times. It’s very different. Thus, in antiquity, Aristarchus of Samos hypothesized the Earth’s revolution around the Sun. In the 16th and 17th centuries, Nicolas Copernicus supported this theory, which Johannes Kepler demonstrated, but when Galileo affirmed it again, he met with scientific consensus and was ultimately condemned by the Catholic Church.

Secondly, the Climate Exchange Plc proposed a system to charge CO2 emitters. It would thus be a question of fighting global warming, although CO2 is one of the gases among others that can have an impact on the climate. Climate exchanges were opened in Chicago, then London, Montreal, Tianjin and Sydney. As it happens, Climate Exchange Plc was founded by a former director of Goldman Sachs Bank and US Vice President Albert Gore. Its statutes were drafted by a then unknown lawyer, the future president of the United States, Barack Obama [8]. In short, the fear of global warming allows a few powerful people and they alone to get rich.

In conclusion: the effects of US military withdrawal from the Middle East are verifiable for both the US economy and peace in the region. The effects of CO2 on the climate are hypothetical and in any case marginal.

Source : “Peace or the Fight Against CO2: You Have to Choose your Priority”, by Thierry Meyssan, Translation Roger Lagassé, Voltaire Network, 30 October 2019, www.voltairenet.org/article208187.html

Source : “Peace or the Fight Against CO2: You Have to Choose your Priority”, by Thierry Meyssan, Translation Roger Lagassé, Voltaire Network, 30 October 2019, www.voltairenet.org/article208187.html