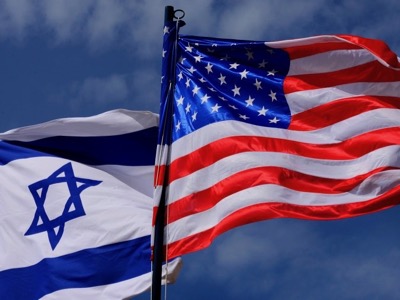 – At the request of the State of Palestine, which was supported by States members, the Council of the League of Arab States met at the ministerial level in an extraordinary session chaired by the Republic of Iraq on 25 November 2019 at the headquarters of the League in Cairo.

– The Council discussed positions and measures that could be taken in response to the unilateral, illegal decision taken by the United States of America that colonialist Israeli settlements on the territory of the State of Palestine occupied in 1967 are not inconsistent with international law. That decision is part of a series of unilateral United States decisions that are inconsistent with international law and the relevant authoritative international resolutions. These include the decision to recognize Jerusalem as the capital of Israel and transfer the United States embassy there; to recognize Israeli sovereignty over the occupied Syrian Arab Golan; and to put a stop to its contributions to the United Nations Relief and Works Agency for Palestine Refugees in the Near East (UNRWA).

– The Council, reaffirming all its previous resolutions at all levels, particularly with regard to the State of Palestine,

– Having considered the note of the Secretariat,

1. To warn that the approach taken by the United States administration, consisting of taking unilateral decisions that are blatantly inconsistent with international law and the resolutions of the United Nations concerning the question of Palestine, poses a genuine threat to the security, peace and stability of the Middle East region and the world, and shows unprecedented contempt for the international order founded on international law and compliance therewith;

2. To condemn and reject the decision taken by the United States of America, and announced by the Secretary of State on 18 November 2019, that the colonialist Israeli settlements on the Palestinian territory occupied in 1967 are not inconsistent with international law; to consider that decision null, void and without legal effect; and to consider it plainly inconsistent with the Charter and resolutions of the United Nations, including Security Council resolution 2234 (2016), the advisory opinion rendered by the International Court of Justice in 2004, the Fourth Geneva Convention of 1949, the 1998 Rome Statute of the International Criminal Court, and the other relevant principles of international law;

3. To consider that the United States decision is a malicious endeavour to legitimize and strengthen colonialist Israeli settlements, something that would effectively undermine the Arab Peace Initiative in all its components;

4. To condemn the illegal expansionist settlement policy of Israel in all its aspects, anywhere on the territory of the State of Palestine occupied in 1967, including East Jerusalem, as colonialist Israeli settlements constitute a grave violation of international law and the resolutions of the United Nations, one whose purpose is to divide Palestinian land, undermine its geographic contiguity, and put an end to the two-State solution; to call on the international community to implement all the international resolutions in which the illegality of the Israeli settlements is asserted, particularly Security Council resolutions 465 (1980), 497 (1981) and 2334 (2016);

5. To call for the mobilization of Arab efforts at the level of governments, parliaments and civil society organizations, to work with international partners in order to take measures to hold Israel, the occupying Power, accountable for its illegal policies and settlement activities, including by encouraging the Prosecutor of the International Criminal Court to open a comprehensive investigation under the Rome Statute into the crime of settlement construction, by calling on the United Nations High Commissioner for Human Rights promptly to publish a database of companies active in the Israeli settlements, and by calling for a boycott of any institution or company active in the Israeli settlements and of goods from those settlements; to welcome the recent decision of the European Court of Justice that Israeli settlement products must be labelled as such;

6. To warn that the cover provided illegally by the unilateral United States decisions could be exploited to encourage the Israeli Government to adopt void and illegal laws annexing the Jordan valley and parts of the occupied West Bank, intensify colonialist settlement activities, Judaize the occupied city of Jerusalem and violate its Islamic and Christian holy sites, particularly the holy Aqsa Mosque, and dilute their Arab and Islamic character and demographic composition, and destroy homes and close Palestinian organizations active in those areas; to emphasize that such policies would spark violence, tension and religious conflict in the region;

7. To strongly condemn Israeli occupation’s recent barbaric aggression on the Gaza Strip, which began on 12 November 2019 and killed and injured dozens of people; to condemn the Israeli policy of assassinations, extrajudicial killings, arbitrary detentions, and the bombardment and destruction of the homes and infrastructure of the Palestinian people; to call for the Israeli officials responsible for those crimes to be brought before international courts in accordance with the reports and recommendations of the investigating and fact-finding commissions established by the Human Rights Council of the United Nations;

8. To thank those States and organizations that have taken positions rejecting the United States decision and asserting that Israeli settlement activities are illegal, as such significant and influential positions underscore the isolated nature of the successive unilateral United States decisions in support of the Israeli occupation;

9. To call on all States that have not yet recognized the State of Palestine to do so promptly, as that step is an effective way to bring an end to the Israeli occupation, rescue the two-State solution, and strengthen opportunities for peace, security and stability in the region and the world; to consider that any delay in recognizing the State of Palestine would not be conducive to peace;

10. To stress that the Arab States will remain determined to adopt political, economic and diplomatic positions at the bilateral and multilateral levels in defence of the central cause of the Arab homeland and the inalienable rights of the Palestinian people;

11. To request that the Group of Arab States in New York and the Arab member of the Security Council, namely Kuwait, intensify their efforts and consultations in response to the United States decision concerning the Israeli settlements; to request that councils of Arab ambassadors and missions of the League of Arab States mobilize and highlight the content and purposes of the present resolution for the benefit of influential capitals around the world;

12. To request the Secretary-General to monitor implementation of the present resolution and submit a report on the matter to the Council of the League at its next session.

13. To remain actively seized of the matter and follow up developments concerning the present resolution.

Source : “Rejection of the US decision that Israeli settlements do not contravene international law”, Voltaire Network, 25 November 2019, www.voltairenet.org/article209029.html

Source : “Rejection of the US decision that Israeli settlements do not contravene international law”, Voltaire Network, 25 November 2019, www.voltairenet.org/article209029.html