The Hoover Institution, archives reserved for the Republicans

Former President Herbert Hoover created, within the Stanford University, an institution bearing his name, a gigantic library dealing on the wars waged during the 20th Century and on the communist regimes. This university institution, with financing from large companies and staffed by some followers of the Republican Party, wishes to place scientific research at the service of the defense of the “American system”. After organizing the training of Republican parliamentarians, the best professors of the Hoover Institution and the senior Stanford University, Condoleezza Rice for example, created the group “Vulcan” and trained George W. Bush. 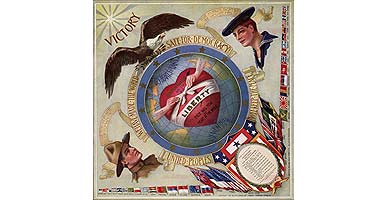 In 1919, Herbert Hoover created at Stanford University, where he was teaching, a library devoted to the causes and consequences of the I World War, including the Russian Revolution. A few years later, Hoover was elected President of the United States of America representing the Republican Party. After his inauguration, in 1928, this ideologist became famous for his high-sounding declarations regarding the economic miracle and the close victory against poverty. After some months the Great Depression happened, the economic collapse of America and in a way of Capitalism.

Since its creation, the Hoover Library was marked by the personality of its founding patron. This academic institution, at the service of the Republican Party, has been devoted to studying the conflict that placed the United States into the European scene and the Bolshevik Revolution. In spite of its historic failures Hoover had a profound interest in speculative capitalism. 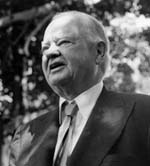 Hoover contributed with US 50,000 dollars to his library and the Rockefeller Foundation financed its functioning. For two decades, buyers were sent all over Europe to purchase over a million and a half documents including some regarding the end of Czarism, the first Soviet governments, peace conferences, the Association of Nations, etc.

A tower was built to preserve these documents, its wealth, and it was inaugurated in 1941, on the fiftieth anniversary of the Stanford University. In 1946 the library began hiring researchers to make use of its inventories. Hoover, already installed in New York, donated his house in Stanford to be transformed into the residence of the Rector of the university. He has handed in funds for the library and for the university, so in the long run it ended at the service of the Republican Party. In 1957 the library was transformed into a research center under the name of Hoover Institution on War, Revolution and Peace.

In 1960, Herbert Hoover, already 86 year old, took, W. Glenn Campbell, one of the directors of the American Enterprise Institute, and made him the director of his institution. He asked the latter to publish studies «showing the devilish nature of Karl Marx theories, Communism, Socialism, Economic Materialism or Atheism in order to protect the American way of living from these ideologies, from its complots and to validate the American system». [1].

For thirty-four years, under the direction of Campbell, the institution was transformed into the academic reference for Republicans, it provided employment to scores of full-time researchers and it produced hundreds of studies on the advantages of free enterprise, about the crimes of Communism and the needs of national security. 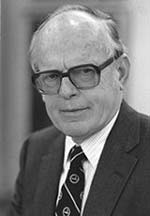 Under the Republican presidencies of Richard Nixon and Gerald Ford, Campbell worked in the Commission on White House Fellows that recruits and provides training to young collaborators of the Presidency services. He is also in the National Science Board, a sort of consultative academy annexed to the Congress.

Again, under the Republican presidency of Ronald Reagan, he presided the Intelligence Oversight Board. That was the moment when the Hoover Institution established links with the CIA. The library purchased the archives of Friedrich von Hayek and of the Sociedad del Monte Peregrino (please refer to the list: Presidents of Monte Peregrino). Likewise, it provided shelter and paid high remuneration to pseudo-liberal economists.

Upon the collapse of the USSR, the Hoover Institution sent its buyers to acquire Soviet files and in a few months they seized several thousands documents on the functioning of the State and the Party before the Russian authorities acknowledged the pillage and stopped it. In 1996, after the defeat of the Republican candidate Bob Dole in his run against Bill Clinton, one of the researchers of the Hoover Institution, Martin Anderson, former special advisor of Nixon and economic advisor of Reagan, created the Congressional Policy Advisory Board. Every month, under the responsibility of the Representative from California, Chris Cox, and the president of the House, Newt Gingrich, Republican parliamentarians attended a training session given by the best university professors.

Under this same principle, in 1988, at the residence of the former Secretary of State, George P. Schultz a group of researchers from the Hoover Institution was entrusted with the task of training George W. Bush on international affairs at his residence in Austin (Texas).

This group known as «Vulcains» (Vulcan, referring to the Greek god forger of weapons in the Olympus in the bottom of the volcanoes) designed the foreign policy implemented during the first term of Bush Jr. As compensation, in 2001 Condoleezza Rice is named Advisory in National Security and seven employees in the Hoover Institution were placed in the Pentagon among the 30 members of the Defense Policy Board Advisory Committee:

- Newt Gingrich (former president of the House of Representatives),

Different from classical think tanks (research, propaganda and propagation centers of ideas, in general with a political nature), the Hoovers Institution is not a political association, but rather it is a university institution. In open violation of the university deontology, this privileged center contributes to providing a scientific facade to works that in fact are of a political nature.

On regular terms, for twenty-four years, both students and faculty from Stanford are requesting in vain for the university to clean the house and to sever its organic links with the Hoover Institution.