Spanish Reporters Affirm no Aircraft Crashed into the Pentagon

Two best sellers published in Spain affirmed the official version of the tragic September 11, 2001 attacks given by the American authorities were false and manipulated. The Spanish press and public opinion have accepted and welcomed these investigations. 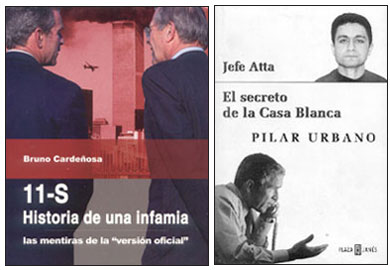 It’s been three years since the attacks perpetrated by aircrafts and which took the lives of about three thousand people destroyed the Twin Towers of the World Trade Center in New York. The “official version” of the American government immediately blamed Osama Bin Laden and his Al Qaida’s terrorist networks without any single evidence that can yet prove his guilt.

Motivated by the great silence of the American government regarding the attacks, Thierry Meyssan, the French researcher and journalist, director of Red Voltaire, published, three months after 9/11, two books titled:«The Great Imposture, no aircraft crashed into the Pentagon» and «The Pentagate» (www.effroyable-imposture.net->http://www.effroyable-imposture.net/] and www.pentagate.info). The book became immediately a best seller in France and was translated into more than 20 foreign languages. 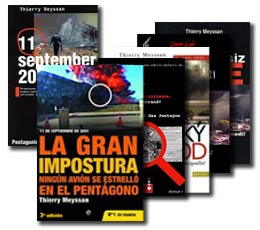 It is El Mundo, the most diffused daily paper in Spain, that published the national version of The Great Imposture. Thierry Meyssan’s work is in its 16th republication.

However, the French press tried to discredit and damage Thierry Meyssan’s prestige. The polemic got heated and heated and Meyssan was not only criticized by the right-wing press but the Left too; even the famous monthly “Le Monde Diplomatique” condemned Meyssan trough journalist Serge Halimi (note in French).

Today, we have much more information on the tragic attacks for investigative reports have provided new evidences -the amount of intellectuals, journalists, and thinkers who say the “official version” did not reveal the whole truth or that the public opinion has been deceived or manipulated, have increased. In a certain way, all this is true, especially in the United States, because, as filmmaker Michael Moore, author of Fahrenheit 9/11, has put it: «I wouldn’t be so famous today if the American press would have done its job».

In year 2003, two books written by Hispanic journalists were published in Spain. Both titles affirmed no aircraft, but a missile, crashed into the Pentagon. The first book published was “Jefe Atta, el secreto de la casa Blanca Blanca” (Chief Atta, the Secret of the White House)(Janet & Plaza publishing house), written by journalist Pilar Urbano. Despite the fact that the book was not a rigorous investigation and was full of misleading information, what has made it interesting and revealing, is that it was Pilar Urbano, a member of the Opus Dei, politically closed to the Spanish Right and the former government of José María Aznar, the person who wrote it and defended such thesis. Pilar Urbano is the official biographer of the Kings of Spain and a friend of Mr. Trillo, former Minister of Defense of the Aznar administration, who supported the American invasion of Iraq.

“Jefe Atta, el secreto de la Casa Blanca” (Chief Atta, the Secret of the White House) was a 550-page biography of “fundamentalist” Mohamed Atta, presented as one of the pilots of the hijacked planes and the terrorists’ ringleader. In the last 50 pages of the book, based on logics and some arguments, Urbano affirmed no aircraft crashed into the Pentagon, but a missile actually.

The second book was published in September 2003. It was titled: “Historia de una infamia, las mentiras de la versión official” (9/11: The History of a Sacrilege, The Lies of the Official Version) (Corona Boralis). Its author was Madrilenian independent journalist Bruno Cardeñosa. Cardeñosa’s work was an outstanding investigation that helped to understand a little bit more the events of September 11, 2001. For instance, Mohamed Atta, who’s been presented as a fervent fundamentalist Muslim, lived in Miami and had a relationship with Amanda Keller, an American woman who was involved in prostitution and strip-tease shows. Witnesses or people who knew her have affirmed they had seen Mohamed Atta and Keller drinking alcohol, taking drugs and even eating pork, something that is completely impossible for a Muslim. Other witnesses confirmed Atta and Keller lived together and had an affair. An Independent American journalist who work for local newspapers in Miami wrote about this but the information was never made known. Nowadays, nobody knows where Amanda Keller is.

Cardeñosa also interviewed Mohamed Atta’s last flying instructor several times. He was Ivan Chirivella, a Spanish who immigrated to the United States to be a professional tennis player but ended up as a flying instructor. When Cardeñosa asked Chirivella his opinion about Atta’s piloting feat (crashing the Boeing into the Tower) Chirivella said that was impossible for Atta did not have the capacity to do such a maneuver, that when he quit school he almost didn’t know anything. According to Chirivella, Atta could have only done that if he had started to fly the plane one or two seconds before the crash. Currently, Chrivella is a pilot of Iberia Company and after many years living in Miami without committing any crime, the American authorities have forbidden his entrance in the United States. Obviously, Chirivella is a witness who has troubled the «official version».

The book explained many things. For instance, it read that New York’s seismographs which registered and recorded that there were strong vibrations in the earth’s crust and the bases of the Twin Towers seconds before their collapse and these vibrations had nothing to do with the aircrafts crash or the collapse of the Towers, which were also registered. Besides, things have been quite clear for the experts: the two last belonged to the vibrations of the earth’s crust while the other one didn’t. Cardeñosa’s investigation was very serious and objective. It would be impossible to comment on all the aspects of this interesting and remarkable book in this short journalistic work.

And if no plane crashed into the Pentagon and it was a missile what destroyed this governmental institution, the question everybody has been asking three years after 9/11 is: where is the plane and the passengers? 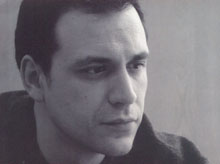 What motivated you to write this book?

While examining the news and the information I realized there were many inconsistent information, the pictures showed no plane, and there was also Thierry Meyssan’s pioneering work and all these encouraged me to investigate more and find new evidences and information.

How have the Spanish press and the public opinion welcomed your book about September 11 and especially your assertion on the crashing of no plane in the Pentagon?

Very well, neither the public nor the press believe the official version. Three of the four big national journals have written about it. I have received many e-mails supporting and congratulating me.

Yes, but from a very limited sector, that is the extreme Right. In general, regional or autonomous journals have made comments on the book but not to discredit it, on the contrary. The serious political weekly journals, such as El Tiempo have made very good comments. But it must also be said that self-censorship has come to the Spanish press for people are afraid of writing revealing investigations.