The Jamestown Foundation: A News Agency Made to Measure

Created by the CIA to publicly unveil the communist rogues of Reagan’s times, the Jamestown Foundation has resumed its services in the Bush Administration. It publishes specialized bulletins on both the post-communist world and terrorism, which serve as reference for Washington’s think tanks. University scholars and journalists are dedicated to depict a ghost-filled world whose very same hostility justifies the U.S. empire. 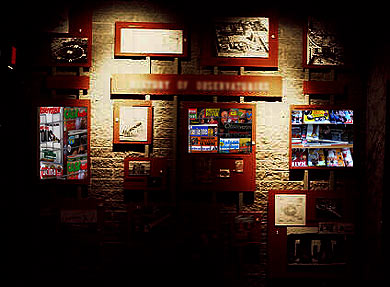 More and more often, neo-conservative think tanks / [Center For Investigation, Propaganda and Dissemination of Ideas - generally political N del T.] such as the Center for Security Policy [1] quote the publications by the Jamestown Foundation.

This association created in 1983 was practically inactive until revived on the occasion of the September 11 Attacks to join the abruptly changing apparatus from the Cold War to the War Against Terrorism. During Reagan’s first term, a number of communist rogues complained not to have had in the West a career comparable to that they had left in the East. The then CIA Director William J. Casey had the idea of satisfying some of them by publishing their testimonies. That way he was killing two birds with one stone : on the one hand, the rogues would recover the public positions they had lost and on the other hand, their declarations would fuel the espionage agency’s anti-communist campaign. 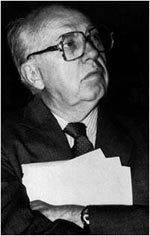 That was how the Jamestown Foundation was created. Its direction was entrusted to William Geimer. This man would publicly unveil two top political figures from the East, who had asked for political asylum in the United States: one of the old Romanian Seniors of the information - General Ion Pacepa, and above all the former UN undersecretary - Soviet diplomat Arkady Shevchenko, who had defected on April 1978 and fallen into a depressive state.

The latter published his memoirs, which turned out to be a best-seller [2], the TV studios and lecture halls opening their doors to him The work was full of anecdotes and details about the Kremlin’s functioning given by an eye witness. Regrettably, a journalistic investigation [3] showed that Shevchenko had not been present in many of his stories. Never was it checked out whether he had been a storyteller who had fooled the CIA or a deceitful campaign organized by the espionage agency.

Pacepa’s memoirs, however, were not challenged [4]. During this period, the Foundation had among its managers people such as Dick Cheney and Marcia Carlucci (Frank C. Carlucci’s wife, then no. 2 in the CIA). Although the Jamestown Foundation played its role during Reagan’s office, its activities were soon restrained due to the collapse of the Soviet Union, an event that bereft it of its raison d’être. It then focused on the publication of a daily newsletter about the post soviet world.

The foundation was also asked to settle the case of Commander Viktor Sheymov, a KGB rogue who considered himself affected in the application of a relocation protocol he had signed with the CIA. As a counselor, he took one of the Foundation’s managers - Mr. James Woolsey - and renegotiated his monthly payments and his advantages with the agency [5]. 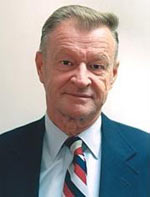 But it was only after the Supreme Court designated Bush to occupy the White House that the Foundation revived fully - a task that was performed by Woolsey (who had been CIA director in the meantime) and by the former National Security adviser Zbigniew Brzezinski [6]. The mission consisted of adapting the Cold War speech (called “World War III”) to the War Against Terrorism (called “World War IV”). In its present version, the Jamestown Foundation is publishing a number of information newsletters that fuel neo-conservative think tanks :

Chechnya Weekly is the official newsletter of the American Committee for Peace in Chechnya by Zbigniew Brzezinski and Alexander Haig, which is a branch of Freedom House [7] by R. James Woolsey [8]. Its editor is Lawrence A. Uzzell, a university scholar who, during the Cold War, had dedicated himself to defend religious freedom in the communist world.

China Brief (bimonthly) has been edited since July 2001 by a neo-conservative university scholar Arthur Waldron, who is also a manager at Freedom House. A supplement - the North Korea Review - is published irregularly and is about a top level rogue - Il-Kwawg Sohn. Terrorism Monitor (bimonthly) - this publication has broadened its Near East observation scope since September 2003 and responds to Washington’s new concerns. His editor is Mahan Abedin - a collaborator of the Middle East Forum by Daniel Pipes [9], and disseminates a paranoid vision of the Islam. A supplement - Terrorism Focus (bimonthly) - presents a number of analyses on documents written in London by Stephen Ulph, a reporter of Jane’s military-industrial press group.

One can still find it amazing the non-representative, let alone fantastic nature of the documents analyzed, which contribute to reinforce the idea that there exists an invisible Jihadist world organization called Al Qaeda. Eurasia Daily Monitor is the lighthouse publication of the Foundation. It was modestly started in 1995 and has become the reference daily of the U.S. interests in the post soviet world. It attacks Putin’s Russia and praises the “democratization” process of the “revolutions” of the roses, orange, tulips, etc. Assisted by a dozen journalists, Professor Ann Robertson is in charge of its direction.

Actually, the Jamestown Foundation is only an element in a huge machine, which is controlled by Freedom House and linked to the CIA. In practice, it has become a specialized news agency in subjects such as the communist and post-communist states and terrorism. Although it publishes high quality information on issues that can be checked up, it does not hesitate to launch the most blatant imputations on the rest, thus providing neo-conservative think tanks with a world image that matches their ghosts and justifies their policy. There are also many other tools or means of support with which the U.S. espionage tries to interfere or control, whether by public debate or by having an effect on the citizen’s opinion.

[3] “The spy who came in to be sold; the invention of Arkady Shevchenko, supermole”, by Edward Jay Epstein, The New Republic, July 15, 1985.

[5] This issue came to light in the year 2000 as a result of a case putting the CIA vis-à-vis two communist rogues. The Agency ensured some income for the spies whom it had given a new identification, namely : John & Jane Doe. On a regular basis, they were being paid a compensation the total of which was gradually reduced to nothing while the family legal income was increased. But as a result of a company’s merger-restructuring process, Mr. Doe lost his employment and claimed unsuccessfully that the CIA resumed its compensatory payments. The case was recently filed with the Supreme Court, c.f. “Court to Hear Arguments of CIA Spies” by Charles Lane, The Washington Post, January 10, 2005, p. A2.